'Cyberpunk 2077' V Harem: Can You Romance Multiple Characters at Once?

Romance is all part of CD Projekt's latest game "Cyberpunk 2077" and just as how you are able to get varied endings depending on the choices you make throughout the game, the ending you get may also be affected by who you date. 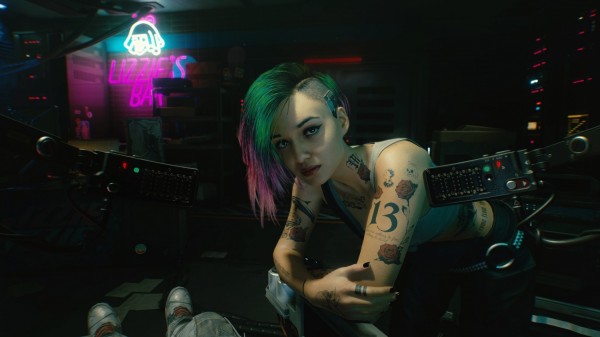 (Photo : Cyberpunk 2077 / Facebook)
Choosing who you romance may slightly change the ending you get.

But so far, there's one fan question that has been bugging some of the fans: can you create a harem for V? Will you be able to date multiple characters throughout the game, and does that come with any consequences?

In "Cyberpunk 2077," players can either choose to have a female or male body at the beginning of the game.

But besides the two, there are also other romanceable options, such as River Ward or Kerry Eurodyne, as well as Meredith Stout, if you can call that romance.

You may even be able to kiss Rogue, albeit for Johnny Silverhand's benefit, as per The Gamer.

Read More: 'Assassin's Creed Valhalla' Story Guide: Here are all the Choices You Have to Make And Their Consequences

Can You Date Multiple Characters?

With a variety of characters you can build romantic relationships with, fans are asking whether a harem is possible and if it can impact the ending you're going to get.

According to GameRant, it turns out that yes, any "Cyberpunk 2077" fans can start a little harem and romance possible characters without getting any consequences, which means V can date either Judy and still enjoy Night City and its nightlife.

Or, you can help Johnny get a little date with Rogue even when V is with River, or have a hot night with Meredith despite going out with Panam.

Unlike real life, "Cyberpunk 2077" relationships are flexible and will not be considered "cheating.

However, there is one point in "Cyberpunk 2077" where V gets to choose one character that they can consider as the most serious relationship--maybe someone they can spend the rest of their short life with.

The Point of No Return

Near the end of the game just past the point of no return with Hanako at Embers, you will get a chance to run through the plan with Johnny at Misty's secret rooftop.

By that time, you also get to call one person to say your goodbye in case something goes wrong, and who you call will be deemed as V's "official" relationship and can create a little change in the ending you'll get.

For example, if you get the Sun ending, whoever you call out of the four main romanceable characters will appear with V in the ending.

Whoever you choose will have a unique dialogue with V.

Other than that, you can practically enjoy all the romances available to you when you play "Cyberpunk 2077," including the pleasures that Night City itself will provide you, so don't worry about being branded as a cheater or make things bad with any of your main romances.