Elon Musk Thinks Reporting to AI 'Would Be an Improvement' and 'Robot Future' Would Soon Come!

Elon Musk has now admitted that artificial intelligence (AI) is doing a better job compared to humans, despite his fight against the technology and promoting human superiority over created technology with Neuralink efforts. Now, the CEO also admits that the future would be composed of robots and that people would bow down and report to AI as an improvement. 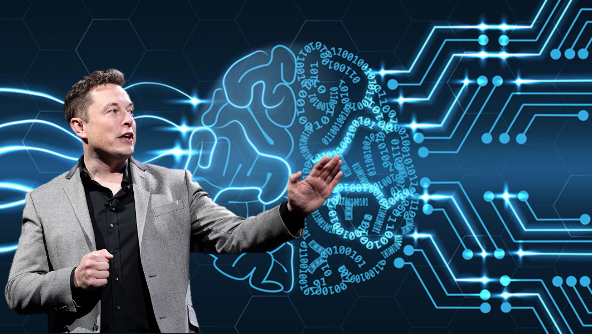 The world's richest man and eccentric CEO to various companies, Elon Musk, finally heeds to artificial intelligence after his vocal thoughts against the technology which he aims to fight with human enhancements through tech. A bittersweet moment for the CEO indeed, as he has shown his dismay but accepts the reality that AI would improve lives compared to humans.

Elon Musk has relied on AI for most of his companies' products, including Neuralink, Tesla, SpaceX, etc., but always upheld that humans would need to be in control over the technology that is changing lives. The CEO has fought, saying that people would prevail and still be better than the conscious life forms that were created through technology.

In a recent exchange of tweets, Elon Musk has revealed his feelings and thoughts over the long-ensuing debate that pits humans against artificial intelligence over superiority and who is better than the other. Musk is known to still believe in the human race, saying that people with cybernetic enhancements like Neuralink, can surpass machines and AIs.

In a discussion, Machine Pix (@MachinePix) posted a video of Bionic Hive's SqUID machine which performs a job that stacks boxes, arranges, and retrieves them easily, without the need for forklifts or human control. Here, the Tesla and Neuralink CEO replied, saying that "The robot future is coming," which ultimately started a thread that discussed AI.

The robot future is coming

Musk is known to use robots in the production of Tesla's electric cars, combined with human leadership and control.

Elon Musk Admits that 'Reporting to AI Would be an Improvement

Several users joined the discussion and said that humans would still need to be in charge, regardless of the incoming robot future which Elon Musk has stated in his tweet. One user called Charles Boyer (@TheOldManPar) argued that humans have done wrong decisions and jobs compared to robots or AI, ultimately leading him to suggest AI leadership.

Here, the Tesla CEO agrees but not before stating how much he hates to admit the conceding of humans to AI and robot technology. However, Elon Musk's agreement says that AI leadership as an improvement "might" be true, suggesting that he is not fully hearted with his agreement, and there is still belief in humans to improve its work and leadership in the coming years.