Samsung recently confirmed its partnership with AMD on integrating RDNA-based GPU to the next generation Exynos for smartphones. This reaffirms the 2019 collaboration plans of the two tech giants, which since had a set-back.

During the launch event of Exynos 2100, Samsung VP and GM of the System LSI Division Dr. Inyup Kang said that AMD RDNA graphics will be included in its next-generation Exynos chip for the Korea brand's upcoming smartphones, particularly the Galaxy S22 series. 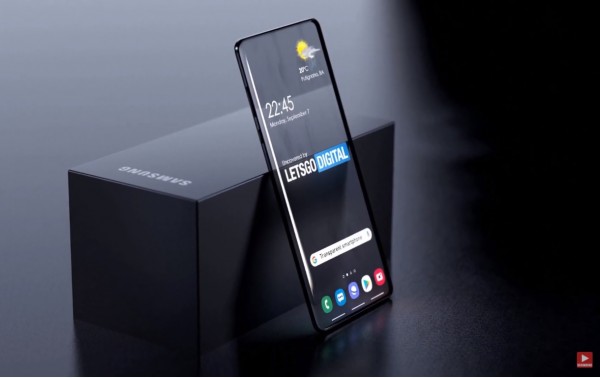 (Photo : GSMaholic/YouTube)
Samsung Smartphones Will Get AMD RDNA Graphics for End of 2021 Release

Back in June 2019, Samsung originally announced that it would be licensing AMD's RDNA GPU technology to integrate it within a broad collaborative agreement. The two companies originally planned to release their first collaborative silicon in 2022.

According to PC Gamer, the announcement made by Samsung during the event confirmed that it had a successful design-in as the following flagship SoC after the recently released Exynos 2100 will already feature the new GPU.

According to Anandtech , while there was not specific date for the expected release for AMD and Samsung chip, it is safe to assume that a design would be available by the end of 2021 while the new devices are likely to reach the market by first quarter of 2022. As mentioned earlier, this makes a perfect timing for the release of Galaxy S22 series smartphones.

AMD RDNA graphics in smartphones: Why is it significant for PC gamers?

Before Samsung would use the AMD RDNA graphics card on smartphones, it was first utilized in computers, laptops, and consoles. AMD already released two RDNA graphic generations for PC, the latest of which arrived in both console and PC in late 2020. That is, AMD Radeon RX 6000 series on Sony PS5 and Xbox Series X consoles. Also, the RDNA 2 graphics will also come into gaming laptops in the first half of 2021.

(Photo : AMD)
AMD RDNA graphics in smartphones: Why is it significant for PC gamers?

Meanwhile, bringing this GPU to smartphones is indeed a vital move in numerous ways, but not all computer gamers realize what it is for them. Well, primarily, having RDNAs in smartphones makes the chip as a default target for development of cross-platform games.

This is the basis for both major games consoles from Sony and Microsoft and the move to cover the mobile platform will make it even easier to develop a game that is optimized across all platforms - console, PC, and now, mobile. This would improve the gaming experience as better optimization usually entails better performance.

The announcement in effect confirms the partnership between Samsung and AMD to have succeeded in developing RDNA graphics within the limitations of a smartphone. Industry experts foresee that ARM CPU architecture would eventually integrate performance computing apps.

Although Samsung did not provide any specific details, aside from saying that RDNA graphics will be the Exynos 2100's successor, we are not sure what kind of RDNA Samsung will be using or other specifications such as performance expectations or core counts.

Well, we have already seen the beginning of the transition with Apple's launching its own M1 chip, which promised to provide better IPC than any other x86 processor from AMD or Intel. It would be a couple of years before we see the first product of Samsung-AMD partnership. Let us see how it goes.