This Twitch Minecraft Streamer Lost 21,000 Fans in a Single Night—Get to Know Nathan and His Twitch Return!

Kids have been flocking game streams like it is the only thing they do all they, and ever since the pandemic's emergence, more people went on to either be watchers or start content creations with Twitch and YouTube. Gaming has promoted the culture of content streaming, with teenagers and the youth starting a career, but one Twitch streamer loses it all in a night. 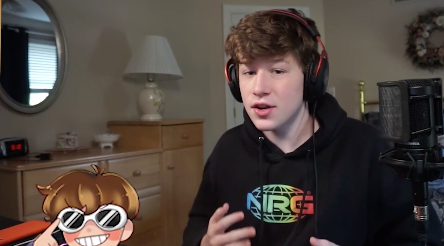 Twitch's "Minecraft" streamer who is starting to grow his popularity in the platform, Nathan, faced an unbelievable and rare occurrence in the platform, where he lost all of his 21,000 followers in a single night. There were no explanations in the streamer losing his subscribers or what happened with Twitch's systems, or if this was a targeted move against him.

Sometimes, being banned on Twitch would issue the streamer with losing all their followers and a temporary restriction to post new streams or start one in the platform. However, in the case of the small-time influencer, there were no warnings or explanations from the company.

Nathan, the Twitch Minecraft Streamer Who Lost 21,000 Followers in a Night

"Minecraft" streams are huge in Twitch these days, as different influencers and fans tune in to unique channels that provide entertainment and content that is different from the old sandbox game by Mojang. According to Nathan (@JustNathanTV), he has been streaming on the platform for over two years and has been a regular small-time influencer with followings from massive names.

My twitch lost all of its followers.

Every single person who has followed me the last 26 months are gone.

I’m just at a loss for words. pic.twitter.com/0YXsvX5jYs

Last January 13, Nathan posted a screenshot and tweet on his Twitter account, asking for help to restore his 21,000 followers which he explained that he lost it overnight. The influencer's tweet the following day attracted the attention of his fans who were awestruck with the unfortunate event which remains unexplained, even from Twitch.

My name is Nathan and I'm a 16 year old twitch streamer.

Out of no where I lost my entire platform on twitch with over 21,000+ Followers that I gained over the span of 2+ years.

Losing follows from Tubbo, and many other huge creators.

The 16-year-old influencer's tweet grew and became viral, reaching out to various people on the internet which restarted his career on Twitch. Nathan initially showed that only seven followers remained on his channel after losing everything overnight.

The tweet gained sympathy from Twitter users and got the attention of other influencers who tuned in to Nathan's regular streams and went on to gift him subscribers on his channel. Remarkably, his idol, Tubbo, who is also a Minecraft streamer and a former follower of his gifted him 100 subscribers after the Twitch incident.

Thank you to everyone who shared my story!

We are back to where we were!

Love you all, and let’s keep killing it :) pic.twitter.com/Xzgr6Z024L

Since then, Nathan streamed nonstop and continued his passion for Minecraft, and in a few days, the influencer has taken back his lost 21,000 followers. Now, Nathan's channel grew more than what he lost and is now looking at almost 24,000 subs.