When it comes to legendary Pokémon that you can capture in "Pokémon Go", Kyogre is ahead of the game. This is because its appearance only happens at limited times, mostly during five star raids. It's always a rare opportunity to battle Kyogre. PokemonDB notes that starting January 19 to 26, this rare Pokémon will be appearing alongside Groudon during five star raids. Make sure to grab this limited opportunity! However, Kyogre is a very difficult player. When you use it for PvP, it may not be so easy to figure out. As reported by GamePur, here are some of the best techniques and moves to counter it. 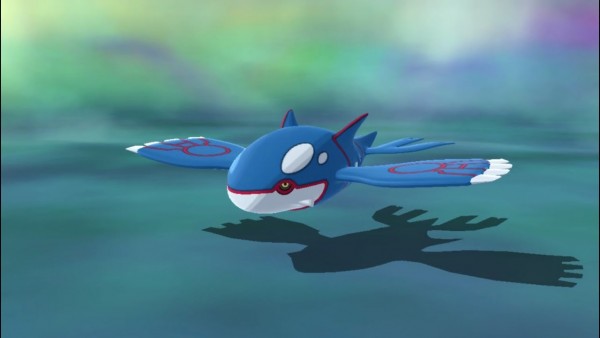 It's important to know that Kyogre is a Water-type of Pokémon. Its weakness includes Electric and Grass-type attacks, so when countering it, it's best to use a Grass-type Pokémon. On the other hand, it can be very resistant to Water, Steel, Fire, and Ice. So be careful when using water-type attacks. It will not likely do too much damage during the raid.

So who's the best Pokémon to battle against Kyogre? There are three great enemies for Kyogre which includes Sceptile, Raikou, and Zapdos.

Since Kyogre's weakness is grass-type attacks, Sceptile will be a good enemy. It is a Grass-type  Pokémon and will be able to do serious damage for Kyogre. Sceptile is powered by a maximum CP of 2,757, an attack of 223, a defense of 169, and a stamina of 172. If you're looking for its best moveset we recommend employing bullet seed if you want a fast attack. You can also do leaf blade and frenzy plant.

Another great enemy for Kyogre is Raikou. Kyogre is also weak with electric-type Pokémon like Raikou. Sceptile is still a much superior choice as compared to Raikou, but Raikou is also capable of giving much damage to Kyogre. Raikou contains a maximum CP of 3,902, an attack of 241, a defense of 195, and a stamina of 207. For Raikou, a great moveset would be the volt switch if you want to employ fast attack. You can also do wild charge and thunderbolt.

Another enemy you can discharge for the raid is Zapdos. It is also a well-known Electric-type. Again, Grass-type is always the best defense for Kyogre. But it can still give plenty of damage as an electric type. It contains a maximum CP of 3,987, an attack of 253, a defense of 185, and a stamina of 207. For fast attack, you can use thunder shock with Zapdos. You can also use thunderbolt and zap cannon if you want to employ charge moves.

Other Pokémon counters to Kyogre

If the above mentioned aren't your type, you can also try these other Pokémon counters that can do damage to Kyogre.

These are the other top Pokémon counters that you can also use against Kyogre.

If you want to increase your chances of capturing Kyogre during your raid, it's best to take with you a few trainers to do real damage. Once you follow these tactics, it's feasible to defeat and capture this rare Pokémon at the end of the game.