Apple M1 Macs Would Have a VLC Media Player Update with Full Support—Here's How to Download!

The VLC Media Player initially had problems in accomodating with Apple's latest unified processor, the M1 Macs, but has now released a full support version update to work seamlessly and best with the interface. The media player is ready to work fully with Apple's M1 Silicon chips, and its latest macOS 11 release with the Big Sur, with some of its latest features. 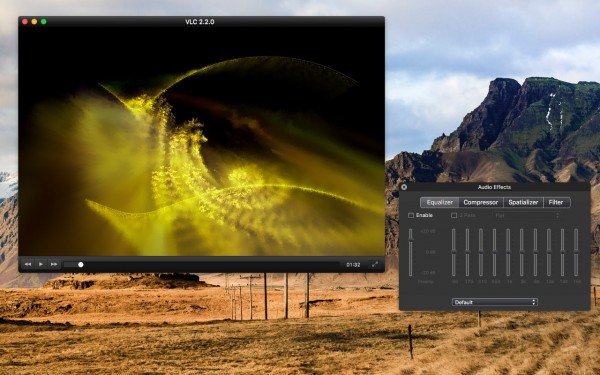 One of the world's most reliable and used media players that can work on any file format, VLC Media Player, has released a full working version for the latest macOS 11 Big Sur and its intended Silicon chip, the M1. Initially, VLC has been running on a "beta-like" version of the media player for Apple's latest operating system and chip creation.

ARM-based chipsets like the Apple M1 requires different codes and software makes, as they would differ on the languages and interface of the computer's systems, precisely why VLC has created the new version. The Silicon SoC's (system-on-chip) creation uses a simpler way to relay the different processes of computer hardware, combining it all to one.

While there was already a working software application of the VLC Media Player that was released shortly after M1 Mac's introduction, the VideoLan company aims to create the best possible version to work with the new chip. The full support means absolute and seamless working conditions with the new system, ensuring the best performance it offers.

According to VideoLan's tweet (@videolan), version 3.0.12 is already released and available for download on its websites. The difference between the new (Full Support) version and the old ones is that there are improvements to the DASH, RIST, Bluray Support, macOS Audio, crashes, and different security issues of the media player.

The VideoLan's media player initially faced many bugs and issues in working with Apple's new unified Silicon chip, and this was a common occurrence with the external software upon the first encounter with M1. The updated version also comes with an improvement for Intel-powered Macs, also sharing the same version 3.0.12 designation.

The new version can also detect and play 4K and 8K video quality, featuring its full resolution and highly-defined highlights.

VideoLan offers a direct download from its website to the intended software and VLC's Media Player version 3.0.12. It is important to take into account that choosing version 3.0.12.1 is the variety of software that is intended to work in full support to the Apple M1 Macs, and the different ARM-based machines, available in the market.

The VLC Media Player "Vetinari" is free to download via the web browser and via the Apple App Store on mobile for iOS.