Android 11 is Android's eleventh major release and was launched last September 8, 2020. It's the latest Android update to date and has started rolling out on many different devices. As GSM Arena reports, it wasn't until today that Samsung Galaxy Z Fold 2 in the United States has started receiving the major update. 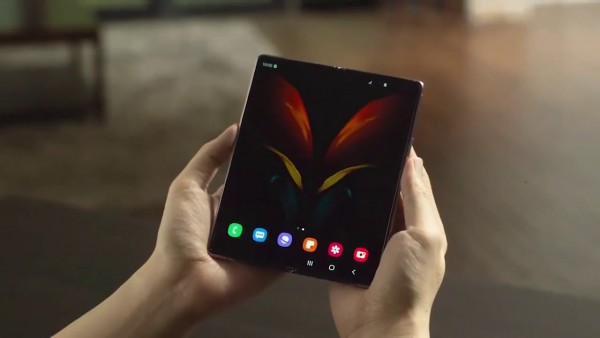 According to Android's official website, their latest update claims to be "The OS that gets to what's important". Featured in the update are changes that are optimized on user experience and powerful device controls. The new update also gives better accessibility and easier measures to manage your conversations.

Privacy settings are also improved in Android 11. As Android puts it, their privacy updates "With Android 11, you get even more security and privacy fixes sent to your phone from Google Play. The same way all your other apps update. So you get peace of mind. And your device stays armed with the most recent defense."

It seems that Samsung is doing all that it can to speed up its efforts in delivering Android 11 to all its devices. The 4G and 5G variants of the first Galaxy Fold are set to receive it one month ahead of the schedule that the company first intended it to have.

The first on the rollout schedule are the 4G variants that contain build number F900FXXU4DUA1 as well as the F907BXXU4DUA1 5G variants that are located  in France, India, and UAE. Next in line to receive the Android 11 update is the Samsung Galaxy Z Fold2 located in Germany and South Korea. One week after, and fast forward to today, it has already arrived in US models of the phone.

How to Install Android 11 on your Samsung Galaxy Z Fold2?

The Android 11 update is now rolling out through the OTA (Over-the-air) updates. It might take a while before it reaches all units. If you're residing anywhere in the US, expect your device to prompt a new Android 11 update option. Simply click "install update" to update your phone. Once you install it, it will show you a build number of F916USQU1CTLL.

After the US update, Samsung Galaxy Fold and Fold2 can roll out its Android 11 updates in the Philippines anytime within the month of January. So far, Android has not release a precise schedule yet for the devices that may soon receive the update. We will keep you posted on the whereabouts of Android 11.

ⓒ 2021 TECHTIMES.com All rights reserved. Do not reproduce without permission.
Tags: Android Samsung Android 11
Most Popular