Tech Giant LG Planning to Do Smartphone Exit This 2021? Time to Make a 'Cold Judgment'

LG Electronics, one of the leading companies in the electronics industry, is reportedly considering quitting making smartphone devices this 2021 after almost six years of consecutive losses. 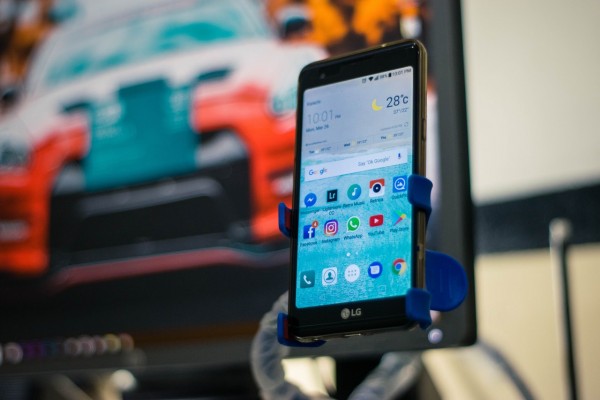 According to The Korean Herald, LG chief executive officer Kwon Bong-Seok has sent a message this Wednesday, January 20, to the company's staff regarding some major changes that will be happening to its smartphone department.

The LG exec reportedly said that it is time for the company to make "cold judgment."

However, the CEO assured company staff that regardless of the decision that will be made with regards to the smartphone business operation, employment will be maintained and that the staff should not worry.

Rumors are going around that 60% of the staff would be reassigned to other business segments within the company itself or to other LG affiliates as the company is preparing to either downsize the department or entirely dismantle it.

"Since the competition in the global market for mobile devices is getting fiercer, it is about time for LG to make a cold judgment and the best choice," an LG official said. "The company is considering all possible measures, including sale, withdrawal, and downsizing of the smartphone business."

Message is True, But Nothing is Decided Yet

The company has reported a loss of around 5 trillion won or approximately $4.5 billion over the past five years due to poor reception on their smartphone devices.

In a note to The Verge, it turns out that the message to the staff was indeed true as the company confirmed the memo, but they did say that nothing has been finalized and decided yet.

Furthermore, the LG spokesperson said that the company is fully committed to making whatever decision is best to address the issues with its smartphone department this year.

Nevertheless, this is not the first time rumors have surrounded the company.

In 2019, the company has decided to expand its outsourcing of its low to mid-range smartphones, but the company denied all rumors at the time.

Still, the rumors remained persistent, especially after the tech giant shared their deficit in the smartphone segment for the last five years, since the second quarter of 2015, but as a response, CEO Kwon promised in early 2020 when he took office that the company would make a turnaround in its smartphone segment, according to Engadget.

"The company is improving profitability of the smartphone business by slashing costs, and will seek growth in the premium market next year," the CEO said in an interview last December 2020.

During this year's Consumer Electronics Show (CES), LG has teased a rollable device with a "unique resizable screen," which turns the device into a small tablet display from a smartphone, in hopes of getting the attention of the public and get the same reaction from leading smartphone companies like Samsung and Huawei.

The company promised that its rollable smartphone is real and that they are planning to launch it sometime this 2021, although they did not share any specific date.

If the rumors are true, this might be the last smartphone we'll see from LG Electronics.