Microsoft plans to develop a new laptop that can match the user's viewing angle and eye distance. The giant software provider and gadget manufacturer filed a new patent earlier this month January, revealing the specs of its alleged new advanced laptop. 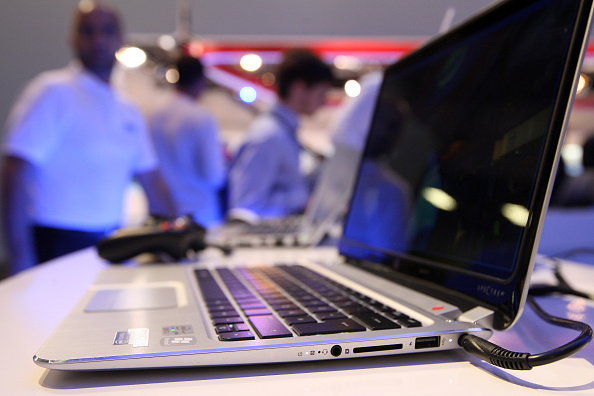 (Photo : Photo by Adam Berry/Getty Images)
BERLIN, GERMANY - AUGUST 31: An HP Spectre XT laptop computer featuring an Intel Ultrabook processor is displayed during the Internationale Funkausstellung (IFA) 2012 consumer electronics trade fair on August 31, 2012 in Berlin, Germany. Microsoft, Samsung, Sony, Panasonic and Philips are amongst many of the brands showcasing their latest consumer electronics hardware, software and gadgets to members of the public from August 31 to September 5.

According to Gizmo China's latest report, the American tech giant detailed a new technology for an automatically adjusting display. The innovation allows the upcoming laptop to correct itself according to the user's position in from of the device.

Aside from this, the new notebook can also change its orientation to provide the user with the best possible viewing angle. Once the laptop is developed and released, it could greatly help those people who are working for more than 8 hours, who love to visit social media sites and those people who are always traveling while working.

Patently Apple previously reported that the user can identify a screen orientation where the displayed information does not need perspective correcting. 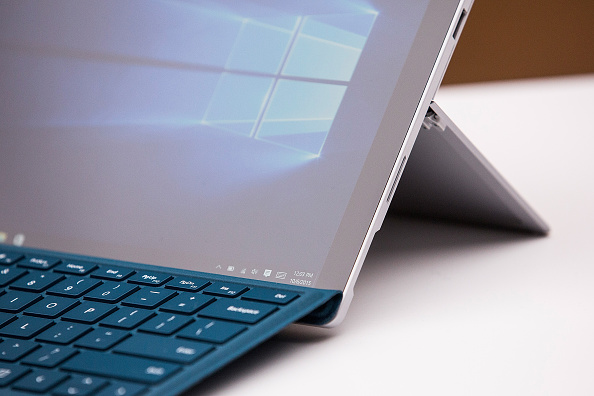 Also Read: Microsoft Chatbot Patent Aims to Bring the Dead Back to Life via Smartphone-Black Mirror?

Innovation is currently a big deal since many places do not have comfortable space where people can work properly.

This can be seen when people are trying to use a laptop when they are on an airplane. Many passengers usually can't place the laptop at a comfortable viewing distance and angle.

This can greatly affect the user's perspectives when viewing information on their laptop's display.

How it automatically corrects the display

Microsoft's new patent explained that the innovation offers an effective method that can automatically correct the displayed information and mitigate perspective distortion based on changes in orientation. It can also identify display orientations that minimize perceived distortion.

The new laptop is also expected to use different sensors that can measure the screen relative's orientation to the user and identify changes away from the orientation that minimizes perceived perspective.

For more news updates about Microsoft and its upcoming products, always keep your tabs open here at TechTimes.

Related Article: Microsoft Teams: Exactly How Extensive is Its Surveillance Works on Employees?