Corellium has released the promised full version that is intended for the public, the full "completely usable" version of the Ubuntu Linux software system that could run on Apple's M1-equipped Macs. The new addition would ensure that working on the popular software platform that first originated in the Linux operating system would work seamlessly with the macOS.

The most valuable technology company, Apple, is known for its exclusivity and "closed" operations when it comes to working software, so third-party companies like Corellium create ways to make external fixes. Linux's popular Ubuntu software is now looking at a working version that is "completely usable" says the company's CTO.

Earlier this week, Corellium unveiled the availability of Linux for Apple M1 Macs but warned that it was only for experienced programmers and "advanced users," as it does not have a complete public version. It also does not have tutorials, USB boot, and SMC for Macs, meaning that it would not be easy to install the software without encountering problems.

The Apple Silicon is the latest release from the Cupertino giant, in terms of PC Computer technology, and it is also one of the most exclusive ones as it does not fully support Time Machine bootable backup itself. Additionally, it currently has a limited number of software and programs that are compatible with its operating system, as Intel-based apps via the Rosetta is slowly ousted by Apple.

Linux is now completely usable on the Mac mini M1. Booting from USB a full Ubuntu desktop (rpi). Network works via a USB c dongle. Update includes support for USB, I2C, DART. We will push changes to our GitHub and a tutorial later today. Thanks to the @CorelliumHQ team ❤️🙏 pic.twitter.com/uBDbDmvJUG

According to Corellium's CTO Chris Wade (@cmwdotme), the Linux operating system is now "completely usable" on the Apple M1 Macs, coming from a booting USB flash drive that runs a full version of the Ubuntu. Its network could also run via the USB Type-C dongle, with the desktop version (RPI or Raspberry Pi).

Ubuntu Linux for Apple M1 Macs: How to Install 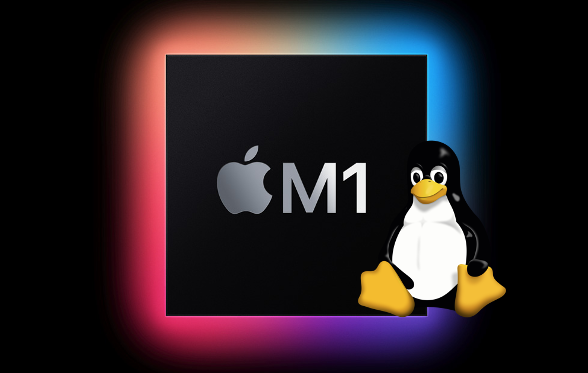 Users would need a separate and clean flash drive to download the Ubuntu Linux for Apple M1 Macs before pushing forward with its installation. It can be installed via the double boot, which runs both Linux and macOS.