Microsoft has received several backlashes online following their new update sent to user's emails. Outlook email holders have been notified that they need to clear emails or email conversations, otherwise they will have to pay for a premium subscription to expand their email storage and continue to store conversations in their email box. 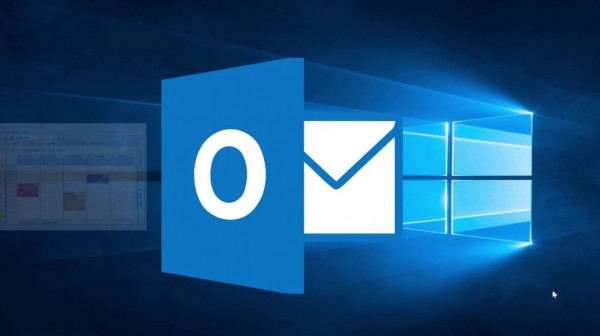 (Photo : Screenshot Youtube Video by Technology for Teachers and Students)

According to Express Co UK, back in 2013, Microsoft automatically switched accounts with hotmail.com or hotmail.co.uk into Microsoft outlook without repercussion. Since then, Outlook was the new hotmail. Thus, it was not possible to create a new Hotmail address anymore since it was rebranded to be Microsoft's outlook. Despite the change being implemented, a new update has once again shocked users as Micorosoft is now imposing a 15-GB email account limit, unless users want to pay for a subscription fee to keep their accounts.

Moreover, Microsoft has been sending warning emails that users are almost reaching their storage limit. By upgrading to the Premium account versions through a subscription fee, Micorosft will allow users to have an extra storage capacity. Anyone who wants to do so will have to pay £59.99 a year to upgrade to Microsoft's new Office 365 service.

For many loyal Outlook users, the latest warning is seemingly new, as Microsoft has never alerted users of this limit until this time being. For many years, Micorosft has allowed their users to exceed past the 15GB limit without any form of warning. The reason isn't clear yet as to why Micorosft has suddenly imposed this policy to its loyal users. Most probably, Micorosft just wants users to upgrade to Office 365.

What's worse is that some users are being alerted that they are unable to receive or send messages until they start clearing up their storage or they upgrade to premium. For many users, they have very important messages coming to their emails, and missing them could possibly entail huge consequences.

As Universal Personality notes, Microsoft promises that an additional storage isn't the only benefit that users will get. They will also have access to notable Microsoft Office applications that can be used online and in user's smartphones or other devices.

Other users are complaining that the new move would mean they would have to go through hundreds of thousands of emails to look for ones that they no longer need in order to clear their memory. This could be very time consuming and unproductive, at best.

One Outlook user voiced a statement towards Microsoft via Express Co UK saying "I know what I will be doing today, going through 250,000+ emails on my outlook account after "receiving" this warning from you! Thank you (Microsoft), for letting me know about it after I've used 40GB out of the 15GB capacity!"

Another one expressed his sentiments in Twitter by saying "I've had my #Outlook account from @Microsoft @Outlook for more than 20 years - when it was still #Hotmail. I signed in today to find they've suddenly implemented a 15GB e-mail account limit unless you go #Premium. Way to show your longtime users what you really think of them..."

I've had my #Outlook account from @Microsoft @Outlook for more than 20 years - when it was still #Hotmail. I signed in today to find they've suddenly implemented a 15GB e-mail account limit unless you go #Premium. Way to show your longtime users what you really think of them...

Again, the intention isn't clear yet as to why Microsoft has imposed this. As of now, the most reasonable explanation is to push users to upgrade to Microsoft 365. The new update will give users a 50GB limit for their email, and access to various apps like Powerpoint, Word, and Excel, as well as advanced email security upgrades like ad-free interface, anti-dangerous attachments, and end-to-end encryption. Users can choose between the £59.99 for an individual plan or £79.99 for a family plan.