Microsoft seems to be in the game lately on investing in its internal development capacity strategy. Recently, rumors arise that it's heading to purchase another company after its ownership of ZeniMax Media. According to Explica, Microsoft has been expanding its studies through new acquisitions. Microsoft has not revealed anything yet so far, but sources suggest that the next purchase would be just like the size of Zenimax. 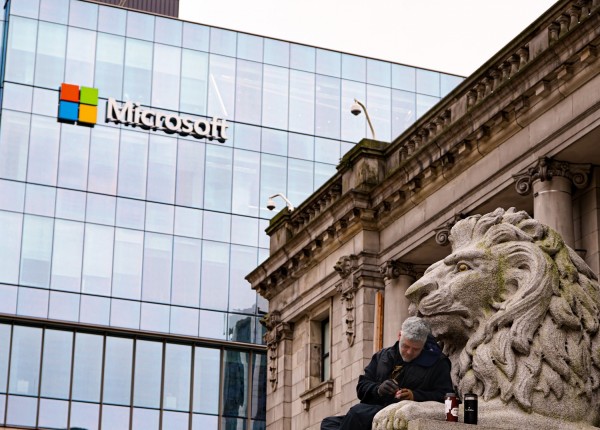 A source from Xbox Era gaming forum has initiated the news that Microsoft is in the talks of sealing a new deal. A user named Knottian told the forum that he has sourced information that Microsoft is making more acquisitions in the next months. More than that, he notes that the next hit will be a very huge company just as huge as Zenimax or even Zenimax's subsidiary Bethesda.

GameRant also notes that more sources confirm that this rumor is true as news spread among different gaming platforms. Another user named Xbox Ragnar confirmed these details. He notes that this news was something that he has heard of in the recent months. He even hinted at the possible launch of this announcement in public.

"I don't know who this guy is, but I've heard the same thing for months, that Microsoft wants to acquire another distributor, the negotiations with Bethesda lasted 3 years, as I have been told. I think the announcement will be made in late 2021 or early 2022, " says XboxRagnar.

He notes that the negotiations have been lengthy, and that the announcement will soon be made before 2022 ends.

Read more: Microsoft Plans to Design a New Laptop That Relieves Users From Bad Positions; It Can Match Viewing Angle!

Although the user shares a very detailed statement, the rumor isn't unfeasible, since it coincides with the pattern among many companies in the market lately. Currently, many negotiations are being made to boost progress among companies such as Google, Amazon, Sony, and even Microsoft. It will not be a surprise soon if Microsoft is announcing its next purchase.

Since there aren't any details provided yet, some are hinting based on Microsoft's last purchase. The recent purchase with ZeniMax has cost the company $7.5M. Some companies of similar price range would be Capcom which values at around $7.36M, or Square Enix at around $7M, or Konami which has a company value of $8.5M.

Some users in the game forum have thrown wild guesses that the anonymous company Microsoft will soon purchase might be Techland, a polish video game developer and publisher.

Regardless, we don't know what Microsoft's next move will be. It may acquire something smaller than ZeniMax or something way bigger to acquire new studies in order to expand their development strategy.