Last January 22, Elon Musk, SpaceX CEO, and the world's richest man tweeted that he will be "donating $100 million towards a prize for best carbon capture technology." Furthermore he mentions that more details will follow after. According to CNBC, since Musk's announcement, numerous conversations have arisen online about the best carbon Capture Technology. 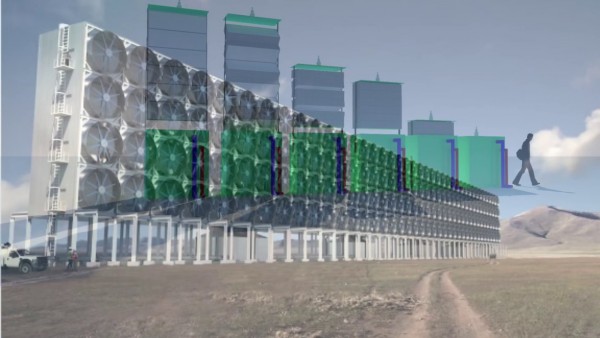 What is Carbon Capture Technology?

Before anything, let's talk about the basic concept of carbon capture. It is a shortened reference to carbon capture, utilization, and storage otherwise known as CCUS. It is a process of eliminating carbon emissions by converting them to othe uses, storing them, or by preventing emiussions in the first place.

CO₂ can be eliminated using two methods. One is to enhance carbon storage naturally, such us by planting more trees and storing carbon in the earth's soil. The second one is by using technology called direct-air-capture to remove carbon mechanically from the air and then store and convert it afterwards.

Why the need for this technology? Too much carbon dioxide can block heat from escaping the atmosphere. In the simplest terms, this is what causes global warminhg. It is undeniable that human development, which comes with technology and innovation has contributed greatly to the amount of carbon dioxide in the air.

According to Inverse, the concentration of carbon dioxide has peaked the earth's atmosphere on Wednesday last week. It was measured to be at 415 parts per million. The source notes that this has been the highest so far in human history.

The data has pushed the need to pursue carbon capture technology more urgently and seriously.

However, carbon capture is not a new concept. In fact, it has been implemented by many engineers, environmentalists, and scientists for many years now. However, it isn't certain yet as to what method would be the best way to invest time, money, and focus in.

Climeworks, a Swiss company is notable for having the world's first commercial DAC technology. They currently have 15 DAC machines all over Europe. The machines are powered by geothermal energy which is a renewable form of energy.

The technology utilizes a fan to scrub carbon into a filter. When the filter becomes full, the collected carbon is then eliminated underground.

Another company called Carbon Engineering based in Canada uses the same technology with giant fans. They bring in carbon into a tower structure where it gets filtered withpotassium hydroxide solution. What happens is that the carbon becomes purified and compressed, removing the CO₂ molecules.

The technology has ran well so far for these companies. Moreover, proponents fro these companies are looking forward to large-scale investments from other business owners to adopt their technology.

Debates arise as to which of the two is the best way possible. Many are arguing that the natural way is the best, planting more trees would be the best solution. However, the method entails the cost of time, which talks about numerous years before the method comes into fruition.

On the other hand, Direct air capture technology can be faster and more efficient, but more costly. According to a study published last week by US research, global warming can be best prevented using DAC technology through what they call as "CO₂ scrubbers".

As estimated by The Economist, the potential value of the DAC technology along with the machines used could roughly be US$100bn by the year 2030. This causes numerous investors to be hesitant about pursuing the technology. Although the track record may be convincing so far, its cost is astronomical.

The question now is not whether DAC is effective or not, but whether it will be feasible in the long run considering its cost where many companies will find it challenging to afford.