Back in 2020, the Organisation for Economic Co-operation and Development (OECD) tried to reach an international deal on taxing Silicon Valley tech firms. After failing to do so, it has again started putting things together to implement a global tax on tech giants. According to Unilad, this agreement between the EU and US parties coming this summer has a great chance of coming into fruition after Joe Biden takes office. 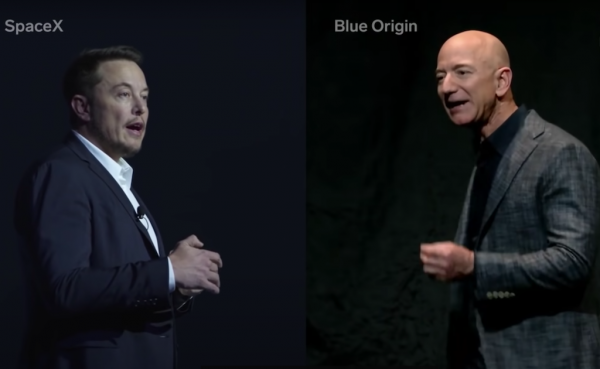 One great avenue of disagreement between the European Union and the US is the subject of digital taxes. Even during the time of Donald Trump, this has often been a point of contention. However, as President Joe Biden takes office, his new administration has promised that it will actively engaged with negotiations in the OECD to strengthen the bonds between EU and the US. This includes finally pushing the deal to tax tech giants, including companies owned by two of the biggest tech giants in the world, Elon Musk and Jeff Bezos.

The current administration's openness to agreements with the OECD is appearing to establish a new fruitful relationship with the EU, even as it has been halted in the previous years. For many union members, taxing the digital economy is essential in increasing control and management over huge digital firms. Furthermore, as the digital consumption has grown tremendously in the recent months, imposing more challenges. This has caused the call to purse digital tax more urgently.

This action is also confirmed as newly appointed Janet Uellen has been backing calls for a global tax on tech giants. This has sparked a great hope of cooperation between US and EU officials.

As such, European officials are ecstatic of the new cooperation with the global agreement that will be sealed very soon. In an interview with with German Finance Minister Olaf Scholz via CNBC, he said that the tax deal with global tech giants is now "highly likely" oand will most likely come before summer comes to an end for the OECD.

He said, "It is highly likely that we will get the success we are working for so hard."

"And the new administration gave me the impression that they understand the need for an agreement in this field and that they will work on solutions together with all of us, which I think is a big, big success. And anyone knows that the timetable is very strict, we have to agree in summer." he added.

Not only does he think that the agreement is very important, but that it should be done in a timely manner as the issue is very urgent. For many European officials a pragmatic approach is essential in maintaining a good US-European relationship.