Mars is also celebrating its own new year just like Earth. However, there's a huge difference between the two. Scientists announced that the Red Planet's new year will take place on Feb. 7, which is also a very special event here on Earth since it is known as Super Bowl Sunday. 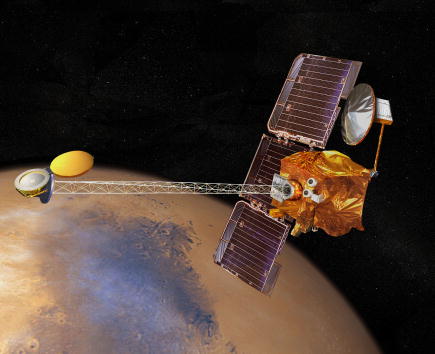 (Photo : Photo by NASA/Getty Images)
396425 12: In this artist's conception, NASA's 2001 Mars Odyssey spacecraft is shown in orbit around Mars October 23, 2001. Scientists at NASA's Jet Propulsion Laboratory said that although the craft had entered orbit around Mars, it would be a while before it could be determined if it was the correct orbit and that all systems were operating properly.

According to CNET, Mars' new year happens less compared to Earth. Why? Because a year on Mars lasts 687 Earth days. If Elon Musk's Mars Colonization really happens, this means that people would need a lot fewer holidays and other celebrations to enjoy.

What is Mars New Year?

Mars's new year is almost equivalent to two new years on Earth since it takes more than 680 days to complete one orbit. The European Space Agency or ESA said that if you want to be younger, just divide your age by 1.88 and tell your friends or your family that it is your Mars age. 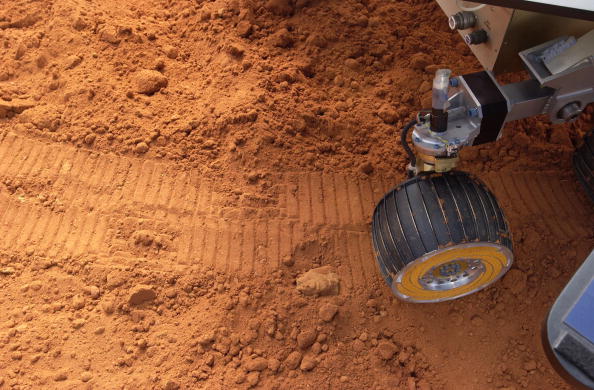 "A martian day is defined, like on Earth, as the time it takes for the planet to make one revolution around its axis. This is called a sol. Sol is only slightly longer than an Earth day: 24 hours and 39 minutes," explained that agency via ESA INT.

The European Agency also said that has four seasons. These include spring, summer, autumn, and winter. If you are wondering what year it is on Mars, then you need to make a simple computation.

ESA said that Mars is currently in its 36th year, unlike Earth which is already in 2021. The international space agency also said that Earth reached this year since the count started in 1955. If you will subtract 1955 to 2021, multiply it by total number of Earth days, and then divide it by 687, you will get 35.06 years, which is 36 years to be exact.

Reasons to celebrate it

Experts said that people have many reasons to celebrate Mars's new year. One of these is NASA's Mars Curiosity rover since it already achieved its 3,000-Martian-day anniversary previously in January. Earthling should also celebrate it since Mars's new year comes just days before a trio of spacecraft sent by China, the United Emirates, and NASA reaches the planet. Although the actual date of Mars's new year and the arrival of the spacecraft, they are still exciting.

For more news updates about Mars and other space studies, always keep your tabs open here at TechTimes.

Related Article: NASA to Launch Astrophysics Mission with SpaceX, Space Agency Wants to Study the History of the Universe