An Israeli company has, for the first time, unveiled a 3D bioprinted steak on Tuesday, February 9, and is now awaiting approval from the Food and Drug Administration (FDA) for mass production and release to the public. 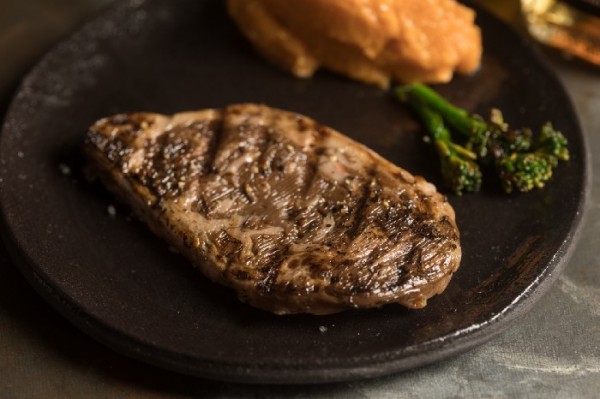 In a report by The Washington Post, the rib-eye steak was created by Aleph Farms with the help of their new 3D bioprinting technology that uses live animal cells compared to the usual plant-based options, which would then release more premium whole cuts to the market and make them readily available to consumers.

If the Aleph Farms receive the go signal from the FDA, it would be a huge step for the entire lab-grown meat industry.

The new meat-making process was created in partnership with researchers from the Technion Israel Institute of Technology that would print living cells which would then be incubated on a plant-based matrix to grow.

It has a similar system to an animal's vascular system that would allow the cells to mature, with nutrients moving across thicker tissue.

That could help achieve the same structure of a traditional cow tissue before it gets cooked.

Customizing Based on Consumer Preference

"It's not just proteins. It's a complex, emotional product," said Didier Toubia, the Aleph chief executive, to The Washington Post, further saying that the 3D bioprinted meat mirrors the same quality, texture, fatty marbling, and the flavor of a traditional rib-eye steak.

Furthermore, Toubia said that they could customize the steak based on their consumer's preference, for example, making it more or less tender.

"With cows, the breed has a role, but the quality comes from the feed. With our cultivated meat it is similar," the Aleph Farms boss said, according to the news outlet. "We control the cultivation process, and we can design meat specifically for a market, adjusting the amount of collagen and connective tissues and fat, to tailor meat to specific requirements. The idea is not to replace traditional agriculture but to build a second category of meat."

Toubia said that they are not aiming to be the first company to mass-produce such a product, especially as he knows that it will take some time to bring the product to the market.

The company has initially unveiled a thin-cut steak in 2018 but it did not involve 3D bioprinting.

Based on the report, Aleph Farms has invested $14 million on the development of the first steak they unleashed three years back and the bioprinted one on Tuesday.

The Israeli company is confident that they will be granted approval soon and they are aiming to reach the marketplace in the second half of 2022.

The FDA has already agreed to establish a joint regulatory framework for human foods made from culture cells from poultry and livestock in March 2019, with the agency overseeing the cell banks, while the Food Safety and Inspection Service (FSIS) overseeing the processing, labeling, and packaging of the products, according to the FSIS website.

In October 2020, the FDA requested information regarding the labeling of cell-cultured seafood, but until now, there are no announcements of the regulatory details.