'Fortnite' Best Mythic Weapons and How to Get Them This 2021

"Fortnite" players get pumped up with mythic weapons, due mainly to the rarity and challenge that they bring to the game. Fortnite has a wide range of weapons that they categorize based on the difficulty to find them in the game. They can be classified from common to mythic. 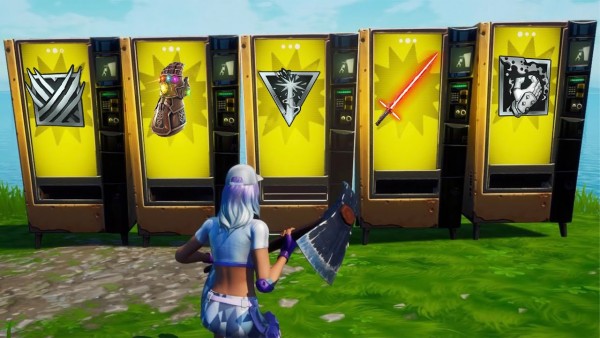 Over time, Epic Games has only improved the quality of weapons for "Fortnite'' players. As Essentially Sports notes, more and more exciting weapons have made the game more challenging including Thanos' Infinity Gauntlet as well as Predator's cloaking device.

No matter how many weapons are made available for you, some mythic weapons just stand out among the rest. Here are some of the best mythic weapons in "Fortnite" that you wouldn't want to miss!

According to PC gamer, the Chapter 2 season 4 of the game has been memorable largely because of the appearance of the crowd-favorite Marvel superheroes. The Mjölnir Strike from Thor is a unique mythic weapon that can be obtained from the Stark Supply Drones. When you use this weapon, you can use Thor's hammer as a weapon that can incur a 60 damage effect to your enemies. MOroevr, it can demolish any structure that you need to destroy within your radius.

One of the most challenging parts of "Fortnite" is on Chapter 2, season 2 where Mida's Drum Gun was introduced in the game. In order to obtain the mythic weapon, players had to defeat boss Midas which is not an easy feat. Nonetheless, it ios worth the effort since this weapon has a quick fire rate and a large magazine. With these feature, you can incur a great deal fo exoloisive damage towards you renemies at a close range. You can also take down builds with ease using Mida's Drum Gun.

Read more: 'Fortnite' Valentine's 2021 Guide: Cuddle King Skin and How to Get it During This Love Month!

In order to obtain this Rifle and Grappler mythic weapon, you need to defeat boss Skye. this mythic variant has gained popularity throughout the gae because of the severe damage that it can give to players at a high fire rate. With its upgrade, it can be a more lucrative weapon of choice. The Grappler weapon was also dropped by Skye shortly after he was eliminated. This significant weapon can incur unlimited charges, thus allowing players to rotate a faster rate. As a result, they can take higher ground and preserve more materials.

In chapter 2 season 3, Kit's Shockwave emitting grenades needs a Rocket Ammo in order to fire. It can destroy enemies that are away from your projectile or radius. This can be very efficient since you can have a reliable weapon both for defense and offense. Kit's shockwave launcher and Charge shotgun can help you dominate the lobbies in the game.