'Pokemon GO' Love Cup 2021: Here Are the Best Pokemon to Use for GO Battle League Event

There have been several "Pokemon GO" GO Battle League events in the past, and just like the previous ones, the new Love Cup event has a certain requirement--so, here's everything trainers need to know, especially which Pokemon to use to beat 'em all. 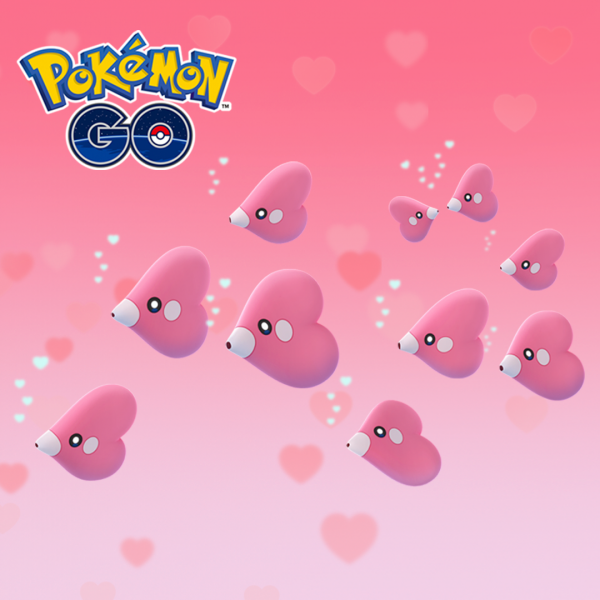 (Photo : Pokemon GO / Facebook)
Only red and pink Pokemon are allowed for the Love Cup.

According to Pokemon GO Hub, the Love Cup has already started on February 8 and will end on February 15 at 1 PM, PST, which falls on both the Lunar Year celebration and Valentine's Day.

All regular "Pokemon GO" trainers can join, but here's where the fun starts: as per the theme, only red and pink Pokemon can be used, and since the Love Cup will be done in Great League, the monsters you choose should only have 1,500 CP or below.

Like before, Mythical and Legendary Pokemon, as well as Galarian Darumaka, Galarian Mr. Mime, and Galarian Darmanitan, are not allowed.

So, which monsters should you choose?

According to PvPoke, a website that ranks the best Pokemon based on their overall stats and their movesets, here are the best choices for the "Pokemon GO" Love Cup, in order:

*Note: These Pokemon have been powered up beyond level 40 with the Candy XL.

Counters at the Ready

With Lickitung and Alomomola as the top choices for the Love Cup, trainers should also have some counters at the ready for these Pokemon, since they will most likely encounter other trainers that will have them on their teams.

For Lickitung, Pokemon like Medicham and Wigglytuff may defeat it easily, while using Medicham, Scrafty, or Lickitung against Alomomola would be a good choice--and since the common denominator between them is Medicham, the Pokemon is also one of the top choices to bring on the team.

Nevertheless, be aware of Medicham counters like Charizard, Wigglytuff, and Clefable.

As per usual, "Pokemon GO" PvP mode is practically about experimenting, so what works for others may not work for all trainers, so as usual, have fun with your choice and if you find a team that works rather well for you, you can definitely stick to that.

Although trainers can basically only use red and pink Pokemon, there are still plenty to choose from, so make sure they have some great CP and the best possible moveset to defeat enemies.

Related Article: GameStop Shiny Toxtricity 'Pokemon Sword and Shield:' How to Get, Release Date, and MORE!