Technology has yet again made it possible for humans in the present-day look back thousands of years ago as researchers publish the result of the computerized tomography (CT) scan on 3,600 years old mummified remains of an Egyptian pharaoh and gave new insights on his gruesome death. 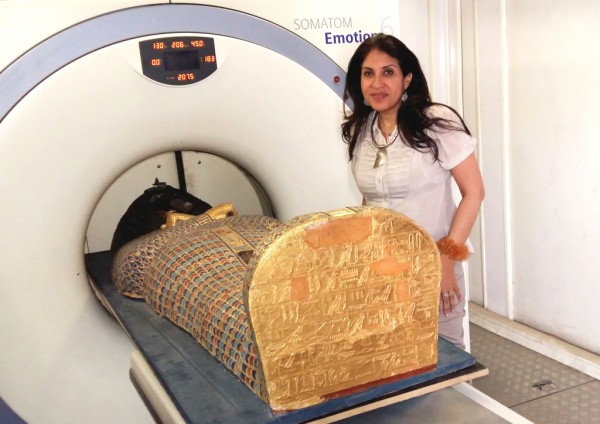 The Discovery of King Seqenenre's Mummy

The Egyptian pharaoh in the new research is Seqenenre-Taa-II, who reigned over southern Egypt from 1650 to 1550 BCE, otherwise known as the Second Intermediate Period.

Based on the new research that was published in the scientific journal "Frontiers in Medicine," Seqenenre was most likely killed by multiple assailants after being taken captive in battle and that his body has already entered the state of decomposition before he was mummified, with embalmers trying their best to hide the serious facial injuries the pharaoh had obtained.

The pharaoh's mummy was discovered in 1880, but it was only analyzed with X-rays in the 1960s, which revealed a series of serious head wounds.

The results from the X-ray led to a series of questions: was the pharaoh killed in battle or by brutal plotters? And why did Seqenenre, a pharaoh and with a high position in Ancient Egyptian society, had badly done mummification?

In an attempt to answer the questions left by the X-rays, a team of archaeologists led by radiology professor, Sahar Saleem, from the Cairo University re-analyzed the mummy, now with the help of computerized tomography (CT).

Through the CT scan, the researchers were able to know how badly in shape the mummy was.

Based on the results, they found that the pharaoh's head was no longer attached to its body and that a few ribs and many vertebrae are already loose.

There was also very little muscles left on the body and a shrunken brain was found on his skull.

Contrary to traditional mummification processes, every organ in the body is removed, but Sequenenre's brain was left in place and there was no evidence of any embalming materials found, which is also out of the ordinary.

Furthermore, the researchers were able to know that during the time of his death, the pharaoh was around 40 years old and that he stood 5 feet and 6 inches tall or around 167 centimeters.

The Brutal Death of a Pharaoh

Seeing as the body of the pharaoh seems to have already entered a state of decomposition meant that the king did not die in his palace as he would have been properly prepared for mummification if he was.

Nevertheless, his embalmers did their best to beautify the king and hide the large fracture on his forehead, which would have been attributed to a "heavy sharp object like a sword or an axe," and that the location of the wound suggests that the assailant delivered the final blow in a position above the king.

There were also multiple wounds on the pharaoh's face, which were likely from blunt force object like an axe handle, while a double-edged weapon might have created the "gaping fracture" on the king's right eyebrow.

The researchers also found a penetrating wound on the remains' left ear and into the base of his skull, which was possibly from a spearhead.

All of the injuries have been verified by the CT scan and there no evidence of healing, meaning every serious injury the pharaoh acquired was inflicted at the time of his death.

The full berth of injuries and the suggested weapon used has been detailed on the paper.