Repair the Machines of the Future With 'Mech Mechanic Simulator: Prologue'

Serving as an extended demo to the upcoming "Mech Mechanic Simulator," its Prologue version is set to see its Steam release on Feb. 18. In this new specific simulator game, you work as a mechanic in a futuristic world where big and bad mechs have become the norm - representing power, destruction, and humanity's strength.

While mech-focused video games have often allowed players to pilot these big and mean machines, Polyslash adds a refreshing take by letting you play the role of the mech mechanic.

RELATED ARTICLE: AI Nanobots Implanted Into Body May Give Rise To Superhumans Within 20 Years 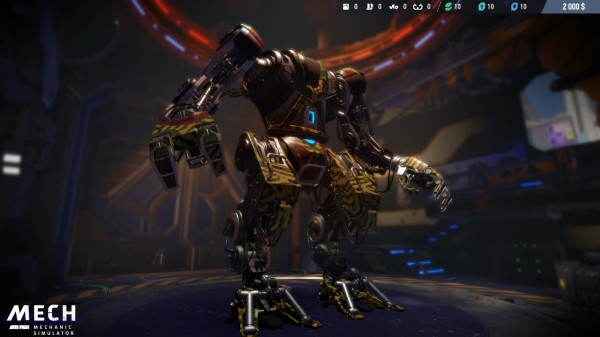 Get Started and Get Your License

In "Mech Mechanic Simulator: Prologue," you are first introduced to a robot assistant - revealed to be something you built earlier - who tells you where you are. As an unlicensed mech mechanic, you are getting to know how this world works illegally. You can walk around the workshop and enjoy the impressive visuals reminiscent of "Real Steel" or "Ghost in the Shell," or head to the waypoint and get started on your first assignment. As your robot assistant tells you, "With time and enough work more of them should appear." 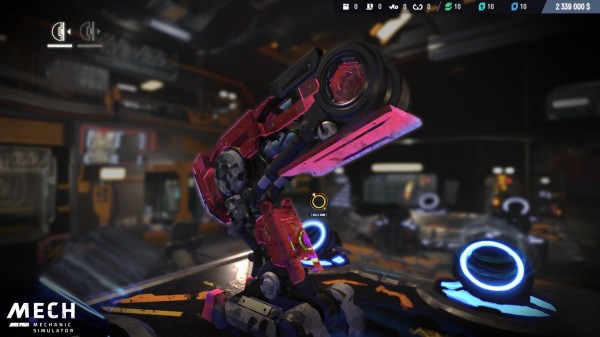 An accompanying report comes with every job, telling you a little bit about your next "patient" and telling you what to do next. After accepting a task, a short cutscene plays where the mech is being delivered to your hangar, with the robot guide telling you to head to the assembly station. Here is where the fun starts.

Near the mech platform, there is a control panel with three main options: Cleaning, Scanning, and Assembly. In cleaning the mech, you get to enjoy how color returns to the mud and grim-covered hunk of metal as you spray water and rotate the mech in various rotations. You simply need to inspect and go around the mech in question with a beeping audio cue playing once it is done with scanning.

During the Assembly section, you get to dismantle the mech and load the removed part onto either of the two available workbenches. The removal and reinstallation of parts are pretty straightforward and procedural: first in, first out. To get to the damaged part, you'll need to remove the parts that block it. In returning, you also have to make sure that you get all the pieces back in order.

A Taste of the Things to Come

The first major mission you have is to purchase your license as a legitimate mech mechanic. To do so, you'll have to take on jobs. A press release from Polyslash claims that there are only three different mech types in the Prologue version, which must refer to the Centurion, Argus, and Legacy models, each appearing more humanoid than the last. Each of them has close to a thousand parts, from fuel cells to modular panels, down to sets of screws that you'll have to remove and reinstall every time.

Aside from simple troubleshooting and parts replacement (which you can easily do with its online parts shopping system), another common fault here is parts breakage. Of course, you can futuristically repair it by welding the cracked parts together. Also, the workbenches levitate the part under investigation, either by levitating rays or the more realistic maglev technologies, it looks awesome on screen.

Visit the upcoming "Mech Mechanic Simulator" on Steam or, better yet, add it to your wishlist and become a (virtually) licensed Mech Mechanic.

RELATED ARTICLE: Experience the Thrill of Being a Border Inspector With 'Contraband Police: Prologue'

Experience the Thrill of Being a Border Inspector With 'Contraband Police: Prologue'

Arcade Mech Battler 'Gundam Versus' To Launch For PlayStation 4 In North America On Sept. 29

The 'Ghost In The Shell' Virtual Reality Experience Looks Incredible