"Fortnite" has got another massive crossover off its sleeves, and now, that made its way to leakers that showed the first-look trailer of the arrival of "Street Fighter" characters Chun-Li and Ryu in the battle royale. The game would reportedly debut these characters shortly as skins with their respective emotes after a portal showed up. 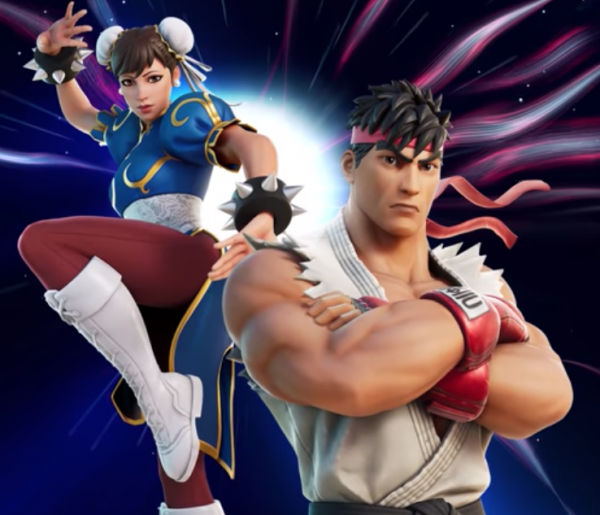 The popular action battle royale game, "Fortnite," and massive arcade title franchise, "Street Fighter," would feature a massive crossover in the shooter game soon, as leaks show the first-look trailer of the event. While there are no details of its availability and event are divulged or revealed, the skins are expected to appear soon in the game.

Epic Games is known to bring massive crossovers from major film and game franchises that include pop culture characters from Marvel, Disney, DC Comics, and now, CAPCOM. The Japanese gaming company holds one of the most iconic characters in video game history, with its protagonist, Ryu, and the most beloved Chinese martial artist, Chun-Li.

The initial leaks were revealed by Twitter user Fortnitepook707 (@YoungPook707), where a scene that depicts an arcade gaming machine is the main focus, showing a scene from "Street Fighter II." According to the leak, the first-look trailer is in high definition (HD), which went on to reveal two characters from CAPCOM about to fight.

The regular "Fortnite" character briefly showed the landscape and graphics that would be recognizable as the battle royale game, hence, signifying that it is a crossover trailer from Epic Games.

According to Comicbook's report, there was a mysterious portal that appeared in the game and its map earlier today, with no explanations or anything that is happening around or on it. "Fortnite" is known for adding different elements of a game, which would signify the soon coming appearance of characters or an event that would transpire.

Fans believed this anomaly to be the "Street Fighter" portal, which was immediately perceived as an element coming from the hit arcade game from CAPCOM and the late 1980s. Initial leaks were already speculating the arrival of Ryu and Chun-Li, as the leakers have identified that two "Street Fighter" characters (male and female) are coming.

The arrival of the "Street Fighter" portal in the game suggests that the crossover is happening soon, with Ryu and Chun-Li soon having their respective skins and emotes in the game. Moreover, there are no details regarding the weapons they would use or special skills that would be given to them like the ones from Marvel characters.

No other details were unveiled, but "Fortnite" already confirmed and released the trailer.