Email Sending-Spinach Plants Detect Underground Explosives! Here's How They Can Do It

Scientists claimed that spinach plants can send an email, which is an unusual ability for this kind of living organism. They said that by inserting carbon nanotubes in the plant's leaves, the organism can detect the presence of nitroaromatics, which is a compound usually used in landmines and other explosives. 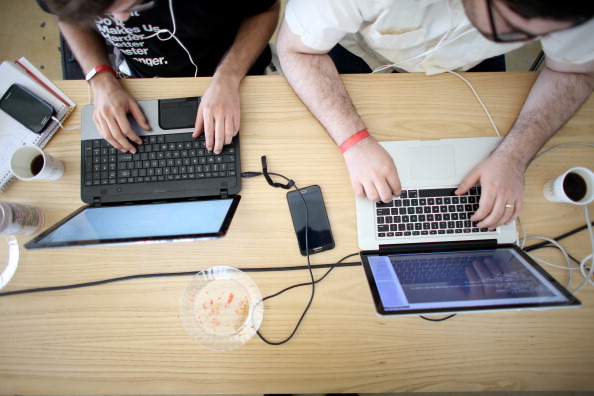 (Photo : Photo by Joe Raedle/Getty Images)
Miguel Chateloin (L) and Lazaro Gamio use their computers to write code that would allow people living in Cuba to use email to post to blogs during the Hackathon for Cuba event on February 1, 2014 in Miami, Florida. The hackathon brought together experts and programmers to devise innovative technology solutions aimed at strengthening communications and information access in Cuba. The event is organized by Roots of Hope with support from the John S. and James L. Knight Foundation.

In the new study, it was explained that spinach plants can detect this substance in the surrounding groundwater. The researchers will then use wires to relay the plant's findings back to them via infrared cameras' signals.

After that, these signals will trigger email alerts, which will inform them that there is a landmine or other sort of explosive. MIT News was the first one to publish the new study on October 31, 2016.

Mashable SE Asia explained that the current innovation is a part of the plant nano bionics field of study. It focuses on inserting electronic systems and components into a plant life to make it a plant-cyborg possibly. 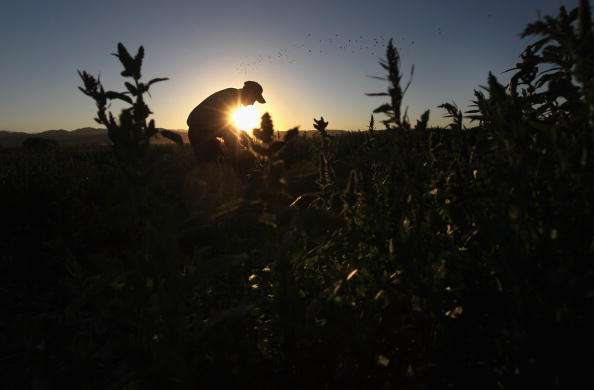 (Photo : Photo by John Moore/Getty Images)
A migrant farm worker from Mexico harvests organic spinach while working at the Grant Family Farms on September 3, 2010 in Wellington, Colorado. The farm, the largest organic vegetable farm outside of California, hires some 250 immigrant workers during the peak harvest season. Owner Andy Grant lamented that the issue of illegal immigration has become politicized nationally. "They feed America," he said of immigrant workers. "They should not be victimized."

Also Read: Secrets of the Massive Holes in Siberia Unlocked by Scientists, Explored by Drones for the First Time

"They have an extensive root network in the soil, are constantly sampling groundwater, and have a way to self-power the transport of that water up into the leaves," said Michael Strano, the leading professor of the new study, via Mashable SE Asia's latest report.

"This is a novel demonstration of how we have overcome the plant/human communication barrier," he added.

On the other hand, researchers involved in the current study also claimed that the spinach plant's newly discovered ability can also be used for other purposes. These include detecting the presence of pollutants in different surroundings and observing ecological changes.

Other benefits of spinach's new ability

Aside from sending emails and detecting underground explosives, Strano stated that spinach plants can also detect small changes in water and soil potential properties. He added that if scientists observe and study the chemical signalings pathway, they will be able to gather important information.

On the other hand, the study's leading professor also conducted other experiments that lead to other cyborg-plants. These include a plant that can detect hydrogen peroxide, the nerve gas sarin, TNT, and dopamine. These innovations show that with enough research and dedicated efforts, plants can be altered and used in other important tasks.

For more news updates about Spinach plants and other environmental studies, always keep your tabs open here at TechTimes.

Related Article: Turning Sahara Into a Massive Solar Farm May Not be Good for the Earth, Scientists Find Evidence