The Russian Arctic seems to be eating itself from the inside out as several massive holes continue to appear from time to time since 2013. Among the latest is the massive hole that appeared in the Siberian permafrost last year that had scientists baffled.

To unravel the giant craters' secrets, scientists have decided to explore and research the hole through drone photography, artificial intelligence, and 3D modeling. 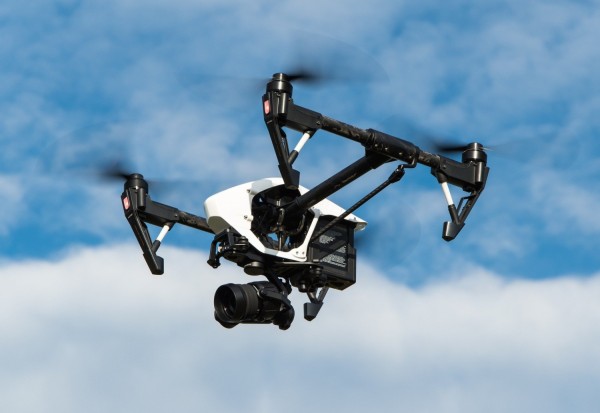 (Photo : Thomas Ehrhardt from Pixabay)
A drone was used to take images of the crater.

The Siberian hole's appearance last year was violent, blowing out methane gas and powerfully throwing ice and rocks in the surrounding area after finally leaving a circular scar on the ground, leaving nothing but an eerie, empty hole in the landscape.

In August 2020, a team of researchers decided to visit the crater.

"The new crater is uniquely well preserved, as surface water hadn't yet accumulated in the crater when we surveyed it, which allowed us to study a 'fresh' crater, untouched by degradation," said Evgeny Chuvilin, the lead scientist researcher at the Skolkovo Institute of Science and Technology's Center for Hydrocarbon Recovery in Moscow, as per CNN.

During the visit, the researchers were able to fly a drone into the crater for the first time.

According to the report, the drone was able to reach 10 to 15 meters from the surface and was able to capture 80 images, which was enough for the scientists to create a 3D model of the massive crater, which they believe is around 30 meters deep.

To control the UAV, drone pilot and study author Igor Bogoyavlensky from the Oil and Gas Research Institute of the Russian Academy of Sciences said that he had to lie down the edge of the deep hole and then dangle his arm on edge for the control to connect with the drone and enable him to maneuver it.

However, Bogoyavlensky did say there were times when they thought they lost the drone, but thankfully, they have acquired enough data for their research.

Based on the drone photographs and the 3D model they created, their hypothesis was confirmed: that there is methane gas built up in the ice's cavity, surrounded by unusual caverns and grottoes.

The methane build-up is causing a mound to appear on the lowest level of the hole, which grows in size before blowing up ice and other debris.

Nevertheless, scientists are still unsure of where the methane came from.

"Climate change, of course, has an impact on the probability of gas blowout craters appearing in the Arctic permafrost," Chuvilin said.

Through satellite imagery, the experts were also able to theorize when the crater appeared, saying that the mound would have exploded and created the crater sometime between May 15 to June 9, 2020, while it was discovered on July 16, 2020.

There are 17 craters in the area as of writing, but they are still uncertain as to how many there actually are and when the next one will appear.

The full details of the research by Chuvilin and the team have been published in the scientific journal "Geosciences."