The sun is a great source of clean energy, and we have an abundance of it, so it's not surprising that many are proposing a plan to create a massive solar plant farm in the Sahara desert, the biggest one in the world--but although the premise sounds promising, it appears that it may not be that simple and positive after all. 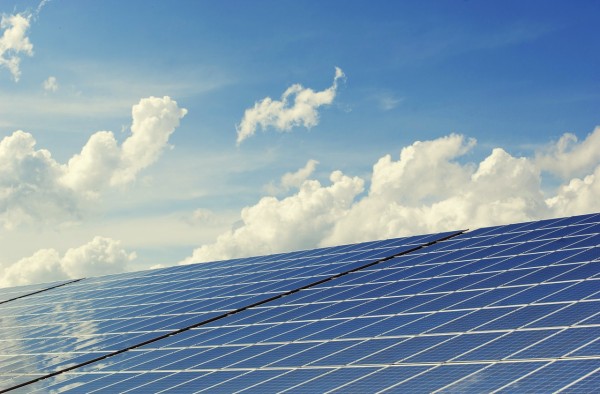 (Photo : Pexels)
Researchers found the dark side of covering the biggest desert in the world with solar panels.

According to a report by Inverse, researchers have found evidence that only a certain per cent of the sun's heat is being transformed into reusable energy and the rest is being returned to our environment as heat, which helps increase the Earth's temperature and contributes to global warming.

It is something that many of us were not expecting at all and is what we're trying to avoid by using clean, reusable energy sources such as sunlight.

Deserts seemed to be the perfect space for solar plants, especially as they are abundant in sunlight, wide and spacious, relatively flat, and rich in silicon, which a raw material that is used in creating semiconductors for solar panels.

The panels used to collect heat from the sun has dark surfaces that help absorb the sunlight that reaches them, but only a fraction of them gets converted to energy, as per The Conversation.

Since the panels are much darker than the soil of their surroundings, a vast expanse of solar cells will absorb more energy and would emit it as heat, which would then affect our climate, so creating a massive solar farm in the Sahara desert.

To cover up the demand for fossil energy, solar plants would have to cover thousands of square kilometers.

Although it is possible to cover up the Sahara desert or other deserts in the world, the heat re-emitted from such an area would be redistributed by the airflow in the atmosphere and could have regional or even global effects when it comes to our climate.

One effect of such a massive solar farm is the possibility of making the Sahara a habitable oasis.

In a study in 2018 that was published in the scientific journal "Science" by Yan Li and fellow researchers, a climate model shows that if a solar farm covers 20% of the entirety of the Sahara desert, it would trigger a feedback loop, causing more monsoon rain in the area that could create a more humid environment and spread vegetation across the once barren land.

Negative Effects Based on the Climate Model

It may sound good, but a recent study that was published in the American Geophysical Union (AGU) suggests that such a scenario could have unprecedented effects on remote parts of the land and ocean that could offset any benefits over the desert.

Among the effects is drought in Amazon, which is deemed as the Earth's lungs.

There could also be more tropical cyclones on East Asian and North American coasts, plus the Saharan dust, which is carried by the wind to the Atlantic ocean and the Amazon and serves as a vital source of nutrients would be gone.

A massive solar farm could help keep up with the energy demand, but it may also cause a significant shift in the world's climate.