Apple is reportedly launching the newest iPhone 13 series this fall, but even though the release is months away, there are already several rumors going around regarding the latest smartphones from the tech giant. 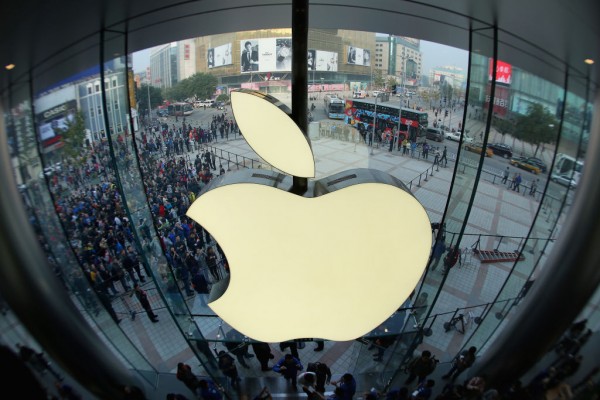 (Photo : Feng Li / Getty)
Apple is believed to be launching iPhone 13 this fall.

By now, tech enthusiasts and experts alike believe that the new iOS series will arrive sometime this September 2021.

If Apple follows its previous launch pattern, the tentative date would be Sept. 24, or the fourth Friday of that month, when the tech giant commonly has a launch event of its new iPhone series and show off other products waiting to go on the shelf.

This is according to the prediction of Apple analyst Ming Chi-Kuo, as per MacRumors, who has successfully made some predictions in the past years when it comes to Apple products.

The only change was last year with the release of the iPhone 12 series.

Due to the COVID-19 pandemic, the smartphone series' launch date was delayed to October 2020 and was only made virtually.

According to Tom's Guide, the upcoming Apple smartphones will have improved battery life, thanks to its more efficient 5G modem. Both Pro models are said to have the same LTPO display with 120Hz refresh rates and some improvement on the camera system.

Speaking of camera improvement, it's also rumored that the iPhone 13 mini and the standard iPhone 13 smartphone will come with a LiDAR sensor and a new portrait video mode.

When it comes to design, some rumors are going on that one of the iPhone 13 models will sport a totally portless design, meaning besides the earphone port, the Lightning port would also be completely eradicated.

But since MagSafe charging is pretty much alive and one of the iPhone 12 series' essential features, it's not a surprise. The iPhone 13 would support it as well.

Still with the design, the media outlet has also heard that the new iOS series will have a smaller notch than ever before.

Face ID and Touch ID Together?

According to Bloomberg, Apple might also be bringing back the in-display fingerprint sensor along with the Face ID.

To do so, the company is reportedly using a new in-screen optical fingerprint sensor.

If this is true, this would be the first time Apple will be releasing an iPhone device that both has the Touch ID and the Face ID, plus they are also reportedly working to make the Face ID sensor better and accommodate users with their masks on.