"Call of Duty: Warzone" Season 2 brings new overpowered weapons that will surely change the game's current meta. This could be a negative change for some players, but it will be a good update for those who are now getting bored with the usual meta.

(Photo : Screenshot from Twitter post of @AngelKeidran)
'CoD: Warzone' Has New Overpowered Weapons That Could Change the Meta! How to Find Their Blueprints

According to PC Gamer's latest report, the popular shooting game Season 2 has several surprising updates and other changes that will enhance the players' gaming experience. These include the new overpowered weapons such as FARA 83 assault rifle, Sykov pistol, the RAAL MG, and CX-9 SMG.

If you want to have each of them, you need to get their blueprints, usually found on the popular Verdansk map. However, players can only get them through loot crates. These blueprints are also considered powerful legendary tiers.

Where to find the powerful guns' blueprints

One of the most powerful guns in the new lineup is the CX-9 SMG since it is considered an overpowered weapon for short-to-mid-range fights. Reddit user u/TheFuckinStrelok posted a video to showcase this gun's capabilities. 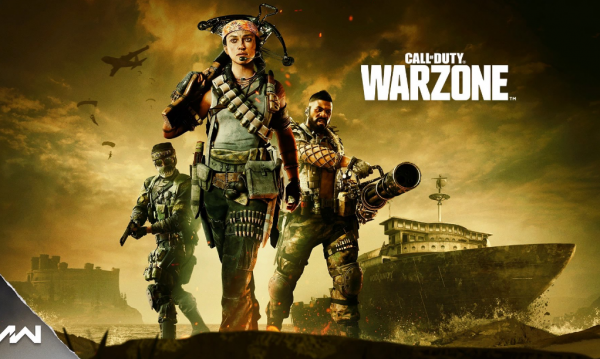 (Photo : Screenshot from Twitter post of @twistdfairy)
'CoD: Warzone' Has New Overpowered Weapons That Could Change the Meta! How to Find Their Blueprints

"I too found a CX-9 in Warzone and it shreds. (Small Montage)," said the user via his official Reddit account.

The video showed that CX-9 has a very impressive fire rate, which is really important if you want to burst-out an enemy. This new overpowered weapon can chew through enemies from full health about as well as the current meta pick, which is the MAC-10. If you already found its blueprint, you'll notice that it features a 5-round drum magazine.

On the other hand, RAAL MG's blueprint shows that this new meta-changing gun offers a rare laser sight with a built-in rangefinder, which could help compensate for bullet drop if you're still learning the game.

Meanwhile, Sykov pistol's blueprint reveals that this side-weapon is a potent-killer set to full-auto. This pistol is very different from the usual pistols since it works just like other SMGs. You can find all these blueprints on the popular map Verdansk.

Aside from the three new overpowered weapons mentioned above, FARA 83 is also considered another OP gun in the current "Call of Duty: Warzone" Season 2. Games Radar provided the best loadouts you can use to destroy your enemies. Here's the complete list that you should know;