"GTA Online" remains a popular and streamed game even it was released seven years ago. It all owes tremedous gratitude to its steady influx of new content and robust fanbase. However, the game's loading times have been a butt of the joke for some time, with even a high-spec PC falls victim to its demands.

The agonizing wait has led one player to delve into the game's code, and with some tweaking, has managed to reduce the loading time by almost 70 percent. 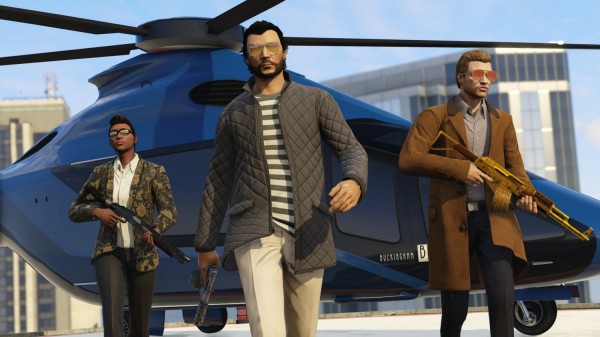 PCGamer reports that GitHub user tOst has an uploaded fixed code with a provided breakdown of the entire process. However, the GitHub user warns players that the loading screen fix for "GTA Online" is more proof of concept and not intended for casual use.

The digital programmer states that players should also try to profile their own PC to try and figure out why "GTA Online" was maxing out a single CPU thread for over four minutes during loading. After using a tool to dump the process stack and disassembling the game's codes as it was running in memory, tOst noticed a set of functions that seemed to be parsing a 10MB JSON file over 63,000 total entries.

The JSON file in question appeared to be the "net shop catalog" that describes every single item in "GTA Online" players can purchase with in-game money. Parsing a 10MB file should not be too much of a modern computer problem, but few obscure questions in the specific implementation seem to lead to massive slowdowns.

For one, the specific function used to parse the JSON string was running a time-intensive strlen checking function repeatedly after the read for every single piece of data. Simple caching that string length value to speed up those checks resulted in an over 50 percent reduction in load times on its own, as Ars Technica reports.

This, along with the fact "GTA Online" was only running from a single core on tOst CPU, appears to be the biggest bottlenecks ever. However, with a couple of fixes of the optimized code, the GitHub user was able to reduce the loading time to a much more digestible one minute and 50 seconds, a 69.4 percent improvement on the original time.

Eurogamer reports that anyone who has the skills to program games can do this simple trick to upgrade the loading times in the "GTA Online." Note that modifying game functions while the game is running in this way is classic hacking behavior, so be warned.

And for the others who never have the slightest idea on how game programming works, it is to wait for Rockstar's implemented note patch for "GTA Online" in the unforeseen future.

The relative simplicity of the fix and the magnitude of the time savings ought to mean it is at least worth investigating, especially for players on console or PCs that have older AMD processors.

TOst advises "GTA Online" players to do something about the game hack if Rockstar may found out about this, and the problems should not take more than a day for a single dev to solve. The game programmer suggests that players can either switch to a hashmap for the de-duplication or entirely skip it on startup as a faster fix. And for the JSON parser, swap out the library for a more performant one.