Twitter Spaces Android: 'Clubhouse' Function Features Audio-only Attribute—How to Use it, and MORE

Twitter Spaces has debuted for the Android operating system and it went ahead of Clubhouse, the audio-only application which aims to release a compatible version for the OS, and are both competitors for the same function. Clubhouse has been one of the most popular social networking applications of the year, particularly with its invite-only feature that presents a mystery for the app.

Clubhouse may be the first audio-only social networking application and initially released for iOS, but the short word social media Twitter is the first one for Android phone, which are fairly more than the iPhone users. Fans and enthusiasts of Clubhouse have been waiting several months now for the Android version but unfortunately, there were no releases.

Android gang...we haven't forgotten about you

This may be the market which Twitter aims to capture and address, particularly with its Spaces, which is a new feature that can be accessed by users directly from their Android application and built-in within the app. This is one nifty feature because it would not require users for another application which would take up space and clutter the phone. Read Also: List of All 'Fortnite' 15.50 Skins Revealed [LEAKED] 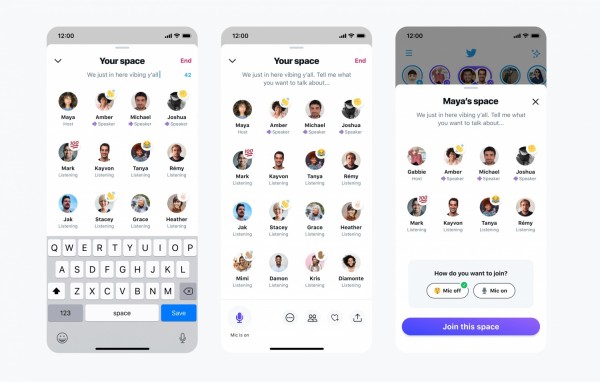 According to Twitter's Help Page, using Twitter Spaces is easy, manageable, and would only require the user to use the Twitter for Android application, which in most cases, is already downloaded by a user. Spaces are already in Twitter's application as long as the app is up to date and that users have already its latest version for the Android version.

Currently, Twitter Spaces is on Android beta but has already gathered a lot of interested users to join the voice chat and function of the new feature. It somehow resembles the Clubhouse application, except that Twitter Spaces are still limited to several users in a single event or chat room, as opposed to Clubhouse which can host many users.

On the other hand, the iOS version of Twitter Spaces is slowly making its way to the iPhone or iPad platform, as beta testers and features of the app are awaiting a full-scale blast from the company. The update would come in the coming weeks, integrating Spaces on Twitter's application and bring the Clubhouse experience to the public.

Android folks, our beta is growing! starting today you will be able to join and talk in any Space. SOON you’ll be able to create your own but we’re still working out some things. keep your 👀 out for live Spaces above your home tl