"Dead by Daylight" developer Behaviour Interactive announced one of the newest killers of the year, far more different from the previously launched killers in the game. This time, the video game team headed to a weird approach of adding the Trickster, a K-pop star who resembles the Joker from the Batman franchise. 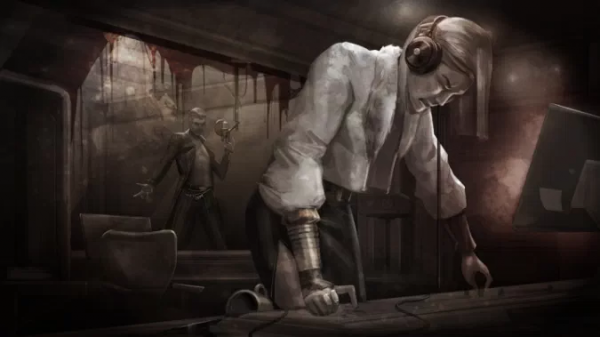 (Photo : Behaviour Interactive)
Ji-Woon, the K-pop star who is the latest serial killer in 'Dead by Daylight.'

Moreover, this was the first time the company collaborated with the Korean boy band group BTS, so for the K-pop fans, here is now your chance to try this stylish killer.

Judging from the pattern, Behaviour Interactive was heavily inclined to a long list of prominent icons in the history of horror movies. The likes of Freddy Krueger, Leatherface, Pyramid Head, Michael Myers, and Demogorgon are some of the front faces of the thrill when it comes to the game. However, their arrival in the game was anticipated, so fans were not shocked upon the launch.

This time, here is a different twist that is put in the game. The serial killer has a history of becoming a K-pop star before he went berserk and started killing people.

According to a report by Engadget, the ruthless murderer under Ji-Woon's name has become used to slaughtering people since his music career declined. At the moment, his jealousy of his co-members has only grown to hatred. When the studio was engulfed in flames, Ji-Woon only left his fellow bandmates to burn until they died.

In addition, the latest killer is a master of knives as his main weapons, so if you are a survivor who is being chased by this K-pop killer, you better watch out behind your back. He is adept at throwing knives behind his victims until they bleed to death.

Ji-Woon was a Korean Joker in disguise since he loves kidnapping people and silencing them when they are screaming. Of course, a killer will not be complete without a survivor who makes the game more exciting and thrilling.

The Mightee One executives found out what Ji-Woon has been doing, and the star agency decided to have full control of the Korean star's music. This is also why Trickster resorted to kidnapping until it becomes an accomplished murder scheme that is unexpected at first glance.

At the time, when Ji-Woon is just one step ahead to murder Yun-Jin, his producer, The Fog, immediately summoned the former to become an official killer for the squad.

The Backstory of the Survivor

Before becoming a music producer, Yun-Jin had entered the Mightee One agency, where she served as an intern. She dreamt of becoming an idol trainee, but unfortunately, she was suddenly rejected for the audition. Although her released music became popular with the fans, she did not get the due credit that she deserved.

At the time, NO SPIN, a new star group, was looking for new members. From there, she was able to convince Ji-Woon to join their team. However, when the fire incident happened, Yun-Jin called Ji-Woon The Trickster. Little did Yun-Jin know that what lies next will be the most gruesome transformation of Ji-Woon, from an idol to killer for The Fog, WCCF Tech reported.

It is expected that "Dead by Daylight" will make the All-Kill chapter available on gaming consoles like Xbox, PC, Nintendo Switch, PS5, and other platforms for the upcoming weeks.

This article is owned by Tech times.

ⓒ 2021 TECHTIMES.com All rights reserved. Do not reproduce without permission.
Tags: Dead By Daylight Killer Kpop
Most Popular