Last March 2020, Fitbit said that it will be launching the Charge 4 band with its features involving a built-in GPS and SpO2 for the upgrade of its fitness tracker.

Previously, the users could only utilize the data through the sensor, which can only be opened in the Fitbit app. Now, the new thing is they could now see the blood oxygen saturation levels in the device itself, so opening the app will not be a hassle anymore to access the feature.

What's New About Fitbit's Update for the Charge 4? 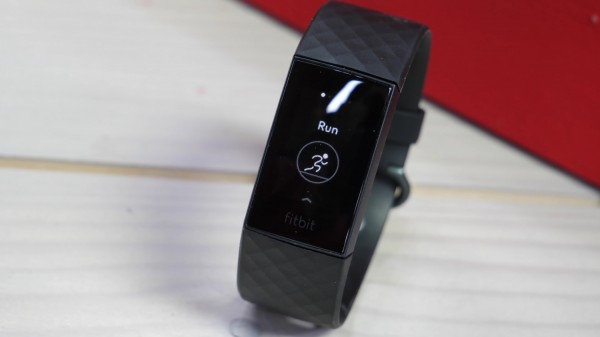 In a report by Abner Li of 9to5Google, the 1.110.34 firmware update for the Charge 4 band was officially launched on the first day of the month. In addition, Fitbit wanted its users to check the two changes that are recently implemented in the wearable device.

Primarily, the fitness device will now enable the users to measure the saturation levels of the blood oxygen, which was also called "SpO2" levels. The actual device for the measurement is the oximeter. The feature is ideal for usage, especially when you are sleeping.

Your blood oxygen saturation level could only fall between 94% to 98%, only to be considered normal. However, when a person sleeps, sleep apnea might be induced, leading to a sudden decrease of saturation level for up to 80% and below.

When this happens, make sure that your body could keep up with what is happening. This is because when oxygen level declines below 90%, it is already considered 'dangerous' for the human body.

Since Fitbit is geared towards improving fitness among people, adding such updates can improve the way the users track their body conditions.

Meanwhile, the second update includes the activation date of the device, where you can see there the day you first use Fitbit. This is also the day when the warranty of the product starts.

Read Also: Fitbit is Testing a New and Cheaper Subscription for its Users, Rollout May Happen Soon

What Does the Changelog in the Firmware Update Tell You?

"Your Fitbit device can now estimate your blood oxygen saturation (SpO2) while you sleep," this is what the changelog wants to tell you regarding the firmware update of Fitbit, which is mentioned a while ago.

Besides that, wearable tech can be used while you are asleep. The San Francisco-based fitness company mentioned an important instruction for the users. Moreover, Fitbit requested those who have Charge 4 bands to wear them when going to bed. If you want to see the 'average resting SpO2 level on the SpO2 tile,' swipe up the device from its clock face.

Fitbit also reminded that the Charge 4 users will need an hour after waking up for it to happen. After that, the tile will now display the values of their blood oxygen saturation levels.

Using Fitbit is a big help for people to track SPO2. However, it is still recommended to consult the doctors to assess your current condition. Using the device could be a great support for the experts to identify the underlying conditions like sleep apnea among patients.

Since 2017, Fitbit already has a blood oxygen monitoring system for its devices, but it was only in 2020 when the company planned to activate it.