Sonos' latest rumored wireless speaker, Sonos Roam has spread across several tech sites. According to the leaks, some images and specifications of the upcoming smart home speaker were revealed, and it would be a much cheaper version of the Sonos Move.

What the Sonos Roam Leak Says About its Release Date 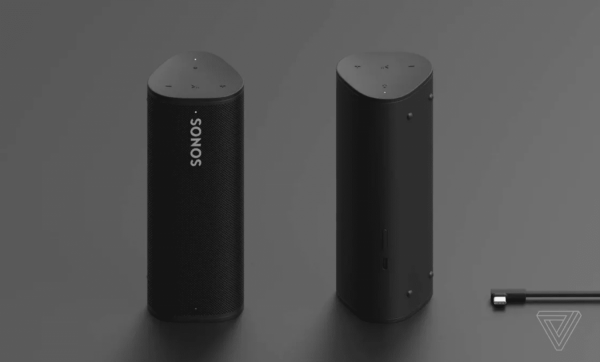 The Verge was the first one to report that the leaked Sonos Roam is 6.5 x 2.5 x 2.5 inches and will weigh around a pound. The images suggested that it is closely related to one of the best Bluetooth speakers as of now, the UE Megaboom 3.

Mar. 9 will be the set date for Sonos to reveal their product, as the patent filings indicated that it could be a pair of headphones, or it could be a newly-modeled wireless speaker. Judging from the leak, the company will announce its official release next week through patent filing.

The Leaked Price of Sonos Roam

According to a report by Tech Radar, the same source also said that Sonos Roam could be around $169. This clearly suggests that getting one of these speakers will come with a hefty price. Yet, it is also important to know that it is still the cheapest speaker of the company when compared to Sonos One SL which has a value of $179.

If you further compare it to the previous Sonos models, it is still much more economical to buy.

For instance, the Sonos Move, the company's first smart speaker is priced at $399. It may be too expensive for the consumers, but its high-end performance and audio output surpass the rest of the models.

Given that Sonos is known to produce quality yet costly products, their products are undeniably one of the best when it comes to smart home speakers. Luckily, if the Sonos Roam will come as a Bluetooth speaker, its price could be just right for the buyers.

Sonos Roam is said to have Wi-Fi and Bluetooth connectivity support, where it could be integrated with the multi-room system, which is also introduced in the Move.

The Wi-Fi support will allow the users to enjoy using voice assistants like Google Assistant and Amazon's Alexa. It is also reported to come with an AiPlay 2 support.

While the leaks did not reveal the type of Wi-Fi and Bluetooth that will be used by Sonos Roam, 802.11ac Wi-Fi is written in the patent filing. This means that the upcoming speaker will receive an upgrade to the standard Wi-Fi model, 802.11n which was previously used in Sonos Move.

When it comes to its battery, The Verge also said that it will have a 10 hour-lifespan per charge. In fact, this could be an inferior feature of the product when it will be compared to MegaBoom 3, which can last twice its playback time, so it is expected that it will come with a smaller battery.

However, the Roam could come with a wireless charging system, so that could be one of the reasons why its price will be slightly higher than other speakers.

It's still a few days before Mar. 9 comes, so always check important updates about product leaks, rumors, and announcements on this site.

We never know what's coming on the said date, but Sonos Roam could possibly introduce other features we never expect to come.