Elon Musk just announced that the SN11 Starship is in the works and would make up for SN10's mistakes and explosion that recently occurred in the test flight of the Stainless Steel spacecraft in Boca Chica. Twitter fans have spotted that the SN11's landing parts were being installed, and here, Musk admitted his fault on the failed SN10 test. 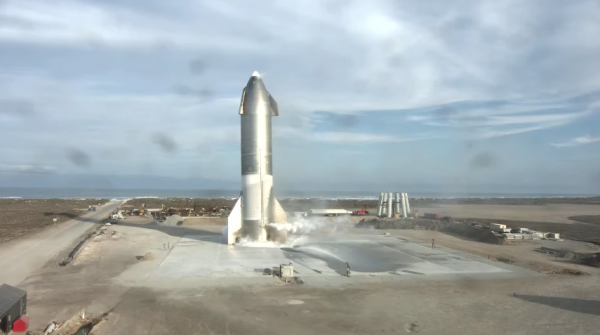 It takes a lot for a regular person to admit his mistakes, and it takes more for a CEO of multiple companies to do this, with Elon Musk publicly sharing how his decisions may have led to the explosion of the SN10. Moreover, all that is lost and the company did not dwell much on its demise, focusing its sights on crafting the next Starship, the SN11.

The SN11 Starship still follows the build, goal, and purpose of the program, and that is to be a Stainless Steel spacecraft that would soon bring humans to the neighboring planet of Mars. There have not been many improvements on the SN11 apart from its leg, thrusters, and landing maneuver capabilities, with SpaceX yet to reveal what has changed.

The SN10 launched roughly a month after the SN9's test launch, meaning that each prototype is already pre-built and only awaiting the test results to apply the necessary changes to improve the next one. It is unknown if SpaceX would stop its flight tests when they achieve a good landing with the Starship, or continue its innovations.

Twitter user Austin Barnard (@austinbarnard45), spotted the SN11 that was recently placed on the launch mount in SpaceX's launch facility and narrated that its employees were testing the legs for landing. Barnard said that this was SpaceX's way to test the lander's capabilities to avoid an explosion and accident like SN10.

SN10 engine was low on thrust due (probably) to partial helium ingestion from fuel header tank. Impact of 10m/s crushed legs & part of skirt. Multiple fixes in work for SN11.

Here, Elon Musk (@elonmusk) said that the SN10 explosion was because of a low-thrust on its engine for taking in too much Helium which mixed with the fuel tank of the SN10, thus resulting in its demise. Musk said that the company is working on "multiple fixes" to improve the next Starship, getting it ready in time for its flight test.

Elon Musk said in another tweet that it was his fault as to why the SN10 had Helium on its fuel tank which mixed with CH4 or Methane, causing a reaction that turned the chemicals back to liquid. Musk said that it was intended to add the methane, as it is a safety precaution to avoid what happened to the SN8's initial explosion.

Fair point. If autogenous pressurization had been used, CH4 bubbles would most likely have reverted to liquid.

Helium in header was used to prevent ullage collapse from slosh, which happened in prior flight. My fault for approving. Sounded good at the time.

The company is still looking into the Starship's test program and developing the spacecraft for its eventual use towards the Red Planet, wishfully bringing the first humans to mars aboard the Stainless Steel ship. Moreover, the test program is said to run its course of failing, as the "trial and error" is integral to the spacecraft's improvement.

Related Article: Elon Musk: Starlink Internet Not to Connect Tesla EVs Due to Massive Network, Says It Would Be for Aircraft and MORE