Believe it or not, SpaceX had just launched its internet broadband spacecraft in Florida, which hailed from Cape Canaveral today. Last week, 60 Starlink satellites were also released in what seems to be a beta expansion of the company.

Another batch of 60 Starlink satellites is now orbiting above us, as the company aims to target huge markets around the globe like New Zealand and Germany for its internet service.

Starlink Satellites Are Headed for a Massive Expansion 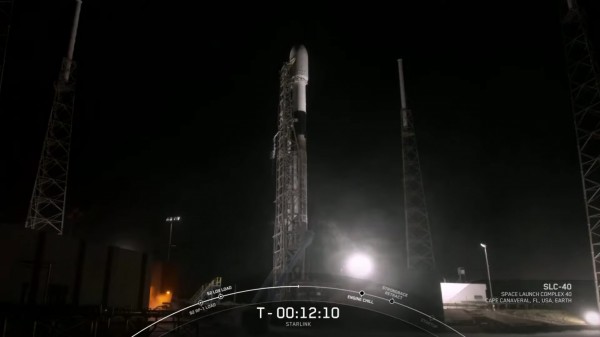 (Photo : Screenshot from YouTube/SpaceX)
SpaceX is planning to launch another set of Starlink satellites

According to a report by TechCrunch, the company's launch marked the 21st launch of SpaceX since its pioneering days. This 2021, the recent release of the Starlink satellites was the sixth time the company did that.

Before March ends, it is believed that SpaceX will launch three more batches of Starlink satellites. It seems that SpaceX is now gearing towards a huge expansion, that's why it is adding more satellites to the constellation as an evident move for the Hawthorne-based space transportation services company.

Until there are customers who continue to sign up for the service, even though it is still in beta, the launching of Starlink satellites will appear to continue. The company will rely on the market through its service availability.

Since the company is reliant on veteran rockets, it is also looking forward to the booster recovery - a ticket to a successful launch on space.

For SpaceX CEO Elon Musk, the goal of the company is to accomplish the cycle of satellite launch, landing, launch, and landing again using the same rocket for 24 hours. However, it seems that Musk still needs to figure out a much better way to carry out that goal.

The latest launch also meant that SpaceX has already sent  over 1,200 Starlink satellites to space. Satellites that are no longer functioning at the moment were considered in the estimation, Space.com reported.

It is unbelievable how SpaceX pulled a series of successful launches this year. They could be targeting up to 1,440 Starlink satellites to wander in the orbit. They could also reach up to thousands in numbers so SpaceX can now build a mega constellation.

People would get what SpaceX wants in them: a convenient and fast internet that can reach all users on Earth. Starlink, from the very start, has already showed an impressive remark in connecting millions of people through a strong connection.

For its availability, those who live in the United Staes, the United Kingdom, New Zealand, Germany, and Canada will be able to access the internet provided by SpaceX. At the end of the year, we could potentially see that it can reach Asia and other parts of Europe.

According to SpaceX, the internet speeds can range from 50MB/s to 150MB/s and the latency falls around 20ms to 40ms. In the coming months, we could see more improvements to the Starlink internet.

Who knows if these numbers can exceed our expectations this 2021 or for the next few years?

There are already reports that the SpaceX internet broadband service has been performing better than its internet competitors in areas where internet signals in phones and other devices are weak.