The video game developer of the "Grand Theft Auto: Chinatown Wars" and the founder of Rockstar Leeds, Gordon Hall, has passed away at the age of 51. At the moment, the cause of death remains unknown. 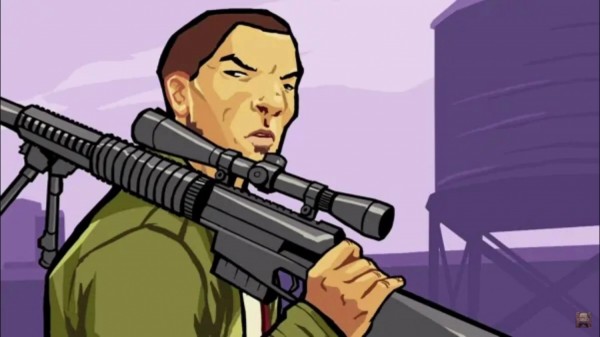 In 1997, Hall knew that he needed some breathing room before entering a business. In the same year, he founded Mobius Entertainment, which gave him a headstart in developing video games.

One of the games that Mobius developed is "Max Payne," which was later published by Rockstar Games. The then-startup has also created many Game Boy Advance titles.

In 2004, Mobius Entertainment was rebranded when Rockstar completed its acquisition of the company. After the acquisition, since it was now under Rockstar, the name was changed to Rockstar Leeds.

Hall was a determined developer of studio games, and he invested his time crafting catch titles for the classic PlayStation Portable system. Some of the popular games include spinoff titles, which were now recognized in one of the most widely-known action-adventure game series, the "Grand Theft Auto," Gaming Bible reported.

Different versions were created for the popular game series, including "Chinatown Wars," "Liberty City Stories," and the "Vice City Stories."

The "GTA: Chinatown Wars" was launched in 2008 and was part of the first games in the franchise. It drew inspiration from the first two parts of the series, "Vice City" and "Liberty City."

At the time when the "GTA" series reached a lot of prospects and gamers, all games under Hall received positive feedback. By then, the "Chinatown Wars" received the highest title score from Metacritic, a known website for movies, music, games, and film reviews. Moreover, the studio has been hailed as the Best Handheld Games Studio at one time.

Besides his work in Leeds, Hall has helped other developers and game content creators to finish "Red Dead Redemption," which was launched in 2010 by the San Diego studio of Rockstar Games.

Meanwhile, he also served as the Rockstar Leeds' president until 2012, when he called it quits. Hall said that he would focus on other things, including research.

According to GameIndustry.biz, what happened to Hall's departure started from the Yorkshire development scene.

At the moment, the cause of his death was still unidentified.

Gordon Hall's Heart Is Into the Game Development

It seemed that Hall could not miss the field of game development when he returned as Activision Blizzard Mobile's chief creative officer in 2013.

During the time, he spent his time learning the strategy about microtransaction and player psychology. In the same year, he also joined the subsidiary studio of Activision, the Blast Furnace, which specializes in mobile games.

In the following year, in 2014, the studio unfortunately closed. For the gaming developers who look up to Hall, his contributions in the field were overflowing. At first, mobile games were only given little attention since games from other consoles were much better. But through Hall's legacy, mobile gaming became another way of gaming outlet.