Apple decided to part ways with its breakthrough smart home speaker, the HomePod. According to the Cupertino tech giant, the users of the departing device do not worry as the HomePod Mini will continue its production. 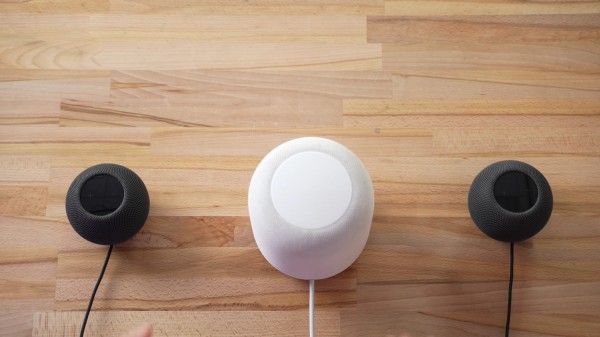 Apple's big speaker, HomePod was first introduced in 2017 at the Apple Worldwide Developers Conference. Since then, it underwent several delays prior to its launch. But it was officially released to the public in 2018.

At that time, the company had only one thing in mind - its stellar, high-quality audio will be a dominant product in the market over other similar devices. However, what happened was the opposite. Its sales went down as many said that it is too expensive for a speaker.

The initial price of HomePod was fixed at $360, but later, Apple opted to change it into a much lower and affordable price of $299.

On the other hand, HomePod's smaller counterpart, the HomePod Mini, is valued at $99.

Unlike HomePod, the HomePod Mini has a lot of positive reviews during its launch. While the difference in size is obvious, its quality is at par with HomePod. Apple AI assistant Siri fully supports it, and you can also access HomeKit controls and Apple Music support.

According to Apple, the company will still release HomePod, and its stocks will still be available while "supplies last." If you want to buy it, just go to Apple's retail stores or get it through Apple Online Store.

It was only last year when HomePod Mini became readily available in the market. You can enjoy the said device for only $99. Since the smaller smart home speaker seems to attract more customers than the HomePod, Apple said that it will focus on producing HomePod Mini this time.

"We are discontinuing the original ‌HomePod‌, it will continue to be available while supplies last through the Apple Online Store, Apple Retail Stores, and Apple Authorized Resellers. Apple will provide ‌HomePod‌ customers with software updates and service and support through AppleCare," the company said in a statement, The Verge reported.

Some tech websites first found out about the discontinuity of HomePod's production. They stated that space gray HomePod was already out of stock in the US, but at first, they speculated that it was just because of the product shortage.

A few days later, Apple announced that it will no longer make HomePod.

If you want to purchase the space gray HomePod, direct to third-party retailers. There is a big chance that they have it, and most likely, it will be sold above its suggested retail price.

Comments from the Users

However, Apple enthusiasts do not seem to agree with the company's decision.

In a thread from MacRumors, several users have the same tone of comments after Apple's decision to stop HomePod production. One user said that what Apple did was a bad move for the company. He added that the HomePod has a better quality than the HomePod Mini.

Another user commented that he really liked HomePod because he has two of them, while the other one said that the loss of HomePod was devastating because it perfectly suits his other devices like the Apple TV.

Last, one user claimed that the decision of the company was not a smart move, as the HomePod is the only one with the theater sound.