Agility Robotics has been working on a bi-pedal robot prototype which aims to be an alternative to delivering products from the delivery van to a customer's doorstep, without the risk of face-to-face interaction.

It would have been an ideal replacement during this pandemic if the tech was already available and prototypes were sold to retail companies like Amazon and Walmart. 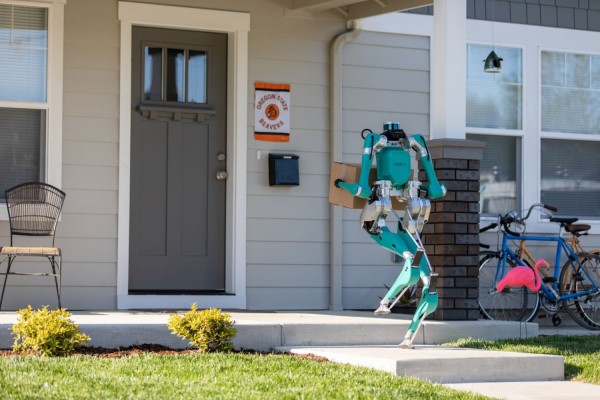 However, that was not the case, and the Albany-based robotics company has only finished its prototypes now and is previewing it to the public, showing a highly-advanced form of robot available to man. Its designs resemble the stereotypical look of a "walking robot" whose purpose is to deliver packages on certain sci-fi films.

Having said this, the "Digit" robot is advanced for this generation, as it features what was initially seen only in fictional movies with the use of CGI, and not an actual prototype that is bulky or massive for its size. The robot's size is near the fitting of a man that can sit on regular cars, particularly delivery vans, or be stowed with the packages behind. 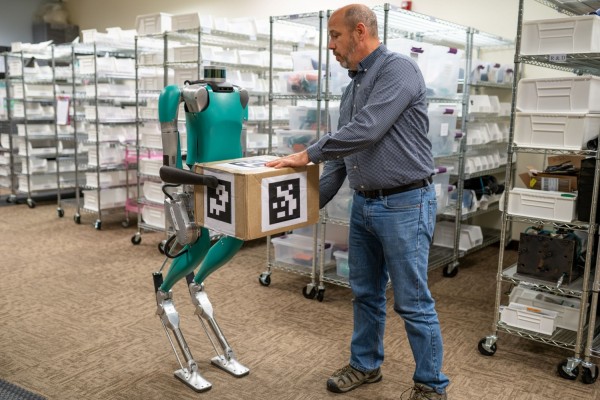 While Agility Robotics' design for Digit is not only meant for delivering packages, the robot is a nimble and slim one, that can be used for various features and functions as set out by the company. Agility Robotics did not put a head on "Digit" and kind of resembles a headless mannequin with its slim body that resembles humans.

The "mobility robot" is expected to reach places that other robots cannot, and it includes complicated stairs, tight spaces, and other complex maneuver places which require a nimble body like a human's. Moreover, the Digit boasts of its weatherproof body, which protects itself from drizzles, wind, sand, and other foreign materials to penetrate it.

Digit is available now, and the popular U.S.-based car company, Ford, was among the firsts to purchase and invest in the robot, having the first two prototypes of the robot for themselves. The bi-pedal mobility robot is powered by batteries, with its upper torso featuring a strong computer that can be programmed and customized.

Agility Robotics' Digit is a Robot for Most Surfaces

The Digit Robot brings a cutting-edge mobility design, particularly with its lower half torso, as it almost resembles a human's legs, complete with its joints that fold, giving it maximum mobility on any surface. Moreover, the Digit can lift a 40 lb. package off the ground and bring it to anywhere it is needed to deliver.

Agility Robotics has recorded a massive surge in demand and popularity of the robot, particularly as it was mostly seen walking around Albany for the tests made by its engineers and developers. The company said that these robots cost less than paying for manpower, like delivery teams from Amazon, Walmart, and other retail and delivery companies.

Related Article: Engineers to Put Fingertip in Robots to Feel 'Sense of Touch' and Avoid Error