Mojo Vision could be the first manufacturer to release a smart contact lens. Some rumors claimed that it could be unveiled sooner than expected. However, the tech firm confirmed that the new technology could still take a few years before it is shipped to other parts of the world. 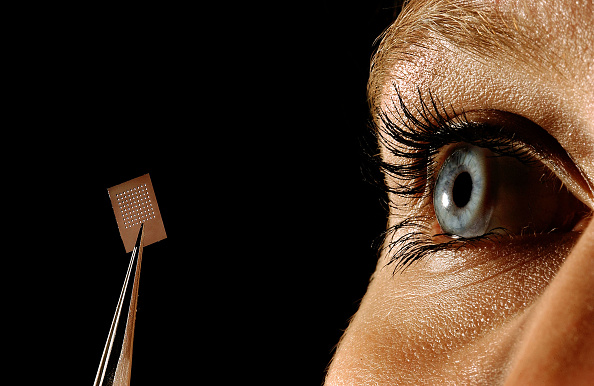 (Photo : Photo by Randy Montoya/Sandia National Laboratories/Getty Images)
A prototype of the microelectromechanical systems-based (MEMS) array that eventually may be inserted onto the retina of a blind patient is shown. The idea, funded by a $9 million, three-year grant from the Department of Energy's Office of Biological and Environmental Research, is to create 1,000 points of light through 1,000 tiny MEMs electrodes. The electrodes will be positioned on the retinas of those blinded by diseases such as age-related macular degeneration and retinitis pigmentosa. The design is by Murat Okandan.

On the other hand, Mojo Vision claimed that its upcoming smart contact lens could have 14,000 pixels per inch. This feature will be integrated into a tiny display, which has the size of a sand grain. The company added that the display would beam directly into the fovea of the user's eyes.

Forbes explained that your fovea is the tiny part of your eye's center. It also has the greatest concentration of retinal cones, which are your natural photoreceptors. Here are other features and capabilities that could be offered by the upcoming smart contact lens to give you more idea.

The contact lens manufacturer said that its upcoming product could pack some features and other capabilities that are not available on the normal eye specs yet. One of these is the 70,000 pixels per half-millimeter display. 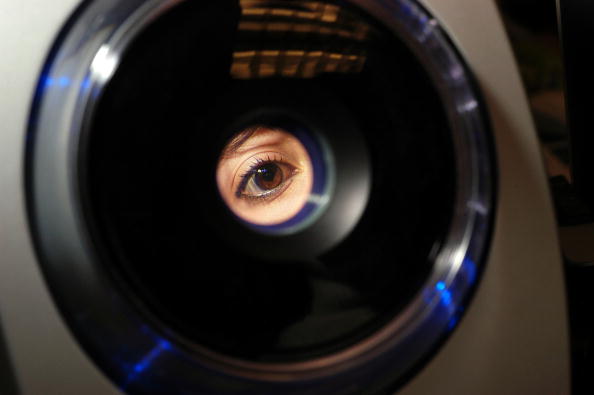 (Photo : Photo by William Thomas Cain/Getty Images)
Erika Jimenez, a fourth grade teacher in the school district, has her iris recorded into the iris recognition system at Park Avenue Elementary School January 30, 2006 in Freehold, New Jersey. Iris recognition systems use a video camera to record the colored ring around the eye's pupil, identifying the unique markings in the iris which identify each person. The Freehold School District is the second in New Jersey to utilize iris recognition technology to screen visitors.

On the other hand, Mojo Vision said that it could integrate the following capabilities:

However, the contact lens manufacturer didn't provide any specific method that would help integrate these features in a tiny contact lens. Experts and other analysts explained that if Mojo Vision wants to achieve a smart contact lens that has all these features, the need to develop an external compute pack.

Is it better than Apple's alleged AR eye specs?

Right now, it is hard to conclude whether Mojo Vision's upcoming product will be better than Apple's alleged AR eye specs since none of the companies have released their products yet for testing. However, Kuo, a popular Apple analyst, claimed that the company's alleged contact lens might not have independent computing power and storage.

On the other hand, MacRumors reported that some speculations also claimed that it could arrive in 2030, which is one advantage that the manufacturer could have against Mojo Vision.