Samsung is now rumored to create another version of fold smartphone with a double folding display. How does it fight against the concept of Apple's iPhone flip. How do these two concept phones compare to each other?

The New Samsung double fold is still in its early phases, but it soon to be released by the end of this year, according to a new report from The Verge.

As the name suggests, it will have two folding screens. These screens will have a better aspect ratio than before, now being 16:9 or 18:9 instead of 25:9 so that app developers have an easier time making apps for the device.

Unlike Samsung's previous phone, the Galaxy Z Fold, this device should make making apps like any other smartphone out there.

The report also says that there is a possibility that Samsung is introducing this phone to ease in power users of their phones to the foldable lineup.

With this information, it is speculated that the phone will cost more than the previous Galaxy Fold 2 because of its two folding screens. This also means it will be bigger than its previous phone as well.

Read Also: How to Become an Apple iOS Beta Tester? 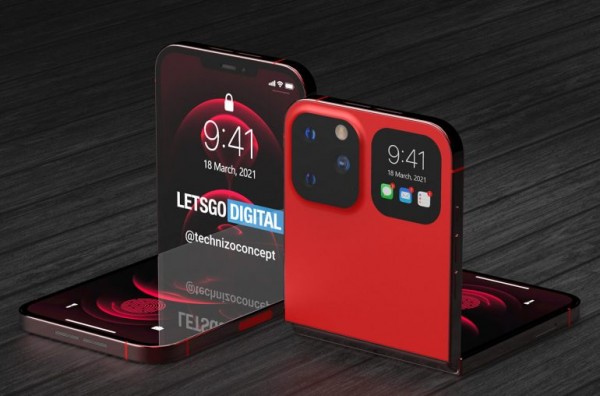 According to Tom's Guide, rumors spread around about the new foldable iPhone, possibly coming after the iPhone 14. There is much to know about the iPhone flip as it isn't far in its development cycle. However, it is known that the iPhone will be adopting the clamshell-style of folding just like the Z Flip.

Report also suggests that the patents on the iPhone flip will have a different folding style to the clamshell fold or something similar to it in design.

It is supposed to theoretically bend in the middle without causing too much stress in the middle of the phone, similar to the Z flip.

With this being Apple's first folding phone, they take careful measures to make sure the phone is durable. It can continue to fold without issues in the long run.

Everyone can expect this phone to be more expensive than the high-end phones currently available due to its folding capabilities, just like the Galaxy Z Fold or the Double fold phone will be for Samsung.

There is high optimism for both phones as they both have different use cases for one another. Samsung's priority is power while Apple's version is said to be more convenient and in smaller form when folded.

Both the iPhone Flip and the Samsung Double Fold can be used for gaming or watching high resolution videos with ease.

The two will be relative in price, most likely in the thousand dollar range as most high-end devices out there.

Everyone have to wait and see when these products are released to see how they compare to each other. For now, this is all the information on both devices currently.