A new pair of Nike shoes called 'Satan Shoes' is now under huge controversy. The Old Town Road artist and streetwear company MSCHF that collaborated the pentagram-stretching shoes. South Dakota governor even called it out via Twitter and said that this pair of shoes is "unacceptable." Only 666 of them will be available soon. 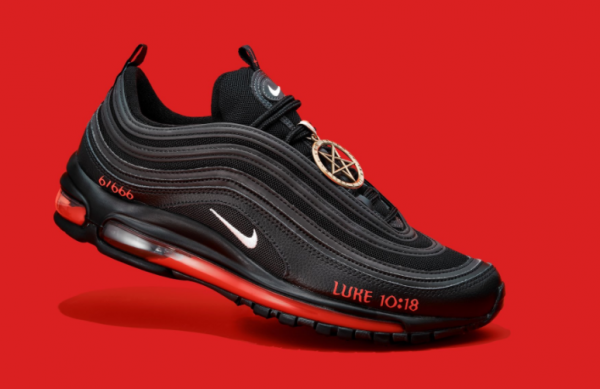 According to NBC News, on Sunday, March 28, the "Old Town Road" artist Lil Nas X has collaborated with the streetwear company MSCHF in creating a limited edition of only 666 pairs titled "Satan Shoes."

The controversial kicks are supposed to be a modified Nike Air Max 97, decorated with a pentagram pendant and a reference to Luke 10:18, a Bible passage that discusses Satan's fall from heaven. They will be sold for $1,018.

Surprisingly, the sneakers said to contain human blood drawn from members of the MSCHF team.

The 'Satan shoe' release correlates with Lil Nas X's latest single, "Montero (Call Me By Your Name)," and its accompanying music video. During the music video, Lil Nas X goes into hell and lap dances with the devil.

Read Also: Twitter CEO Jack Dorsey Shows Off 'BlockClock Mini' Bitcoin Clock at US Congress Hearing: What Does it Do? 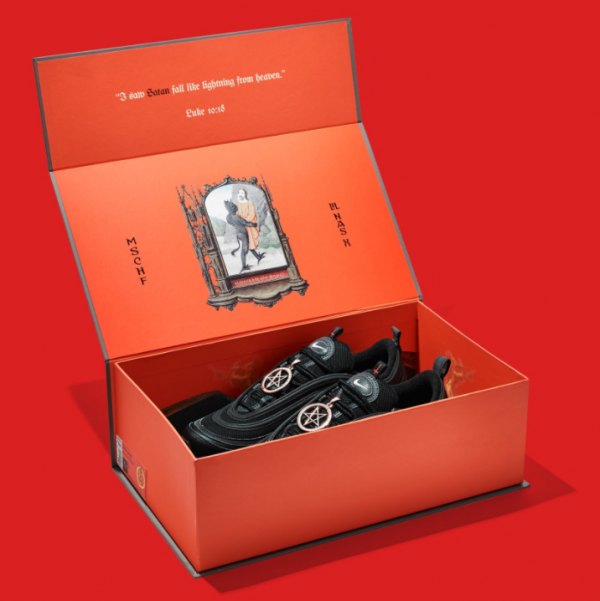 The video and shoe collaboration has been criticized by many people, resulting to a massive cancel culture on the idea.

Cancel culture is not exactly a new phenomenon since it advocates for the ‘canceling' of people, products, companies, and even shows and movies due to remarks or ideologies that are considered offensive or problematic.

The video has been widely acclaimed on social media for its sumptuous, provocative imagery, as well as the expected criticism from those accusing Lil Nas X of indoctrinating children into becoming lap dancers, reports the RollingStone.

In part, the shoes have recently been under fire because Twitter users didn't like the imagery of satanism on the shoebox or part of the shoe.

When someone asks you if they can make “Satan Shoes” under your brand...

These #SatanShoes by #Nike & #LilNasX with 666 and a drop of human blood in the sole is a reason why we Christians must be prayed up ready to battle in the spirit with the Voice of the Holy Spirit. This is evil & heresy and I pray that Christians rise up against this. pic.twitter.com/u7CK3NCIy7

Even the Governor of South Dakota, Kristi Noem, released a statement on how the shoes are not okay in God's eyes and should not be exclusive.

Our kids are being told that this kind of product is, not only okay, it's "exclusive." But do you know what's more exclusive? Their God-given eternal soul.

The appearance of the shoes was widely criticized, and Lil Nas X and Nike were both slammed for their actions. Nike, however, was quick to dissociate itself from this product, pointing out that it was simply a custom version of an existing product.

NBC News reports that Nike said in a statement that it did not have a relationship with Little Nas X or the MSCHF, "Nike did not design or release these shoes and did not approve them."

Despite all of this, much has yet to be done to prevent the rapper from promoting his album.While holding the sneaker, the rapper expressed his apology. Before anyone could hear the apology enough, the video interrupted to show the clip from "Montero," in which he lap dances with the devil.

He has also been tweeting about the shoes and has maintained that they are too cool. He believes that they should stop being bashed, and everybody should stop attacking them.