A United States startup unveils a battery made out of diamonds and nuclear waste that could last up to 28,000 years without charging.

California-based startup Nano Diamond Battery (NDB) says they are developing a radioactive diamond battery that can be used for deep-space applications. 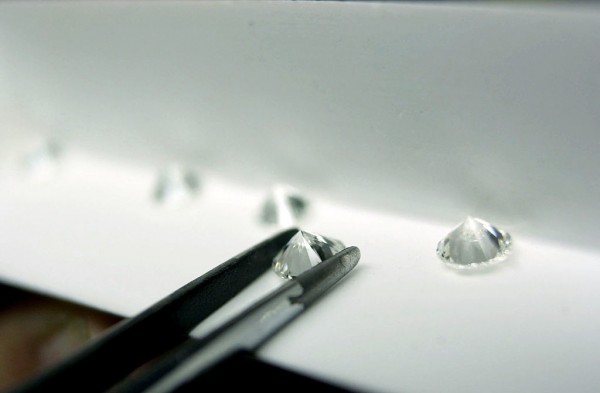 Diamond Nuclear Voltaic (DNV) Battery: How Does It Work?

On Mar. 27, Science News reported that the new diamond battery NDB is developing would derive its power from radioactive isotopes recycled from nuclear waste, specifically from radioactive graphite.

To absorb the energy emitted by the isotopes, the battery will be enveloped with layers of paneled nano-diamonds.

Since isotopes generally have half-lives that last thousands of years, and diamonds are excellent heat conductors, the battery will keep emitting energy without the need of recharging.

NDB co-founder and CEO Dr. Nima Golsharifi spoke to Future Net Zero in October 2020 to discuss the details of the project.

Golsharifi explained that the battery would have two merits: converting nuclear waste into something good, and then a running time that could last for hundreds of lifetimes.

"Radioactive isotopes could be extracted with two methods, one is the nuclear waste the other is to manufacture them," he explained. "Different types of isotopes have different lifetimes."

He said that NDB is designing a low-power diamond battery that could be used primarily for deep space explorations and would last for up to 28,000 years.

Golsharifi added that they are also developing a diamond battery that could be used for everyday applications, such as mobile phones and consumer electronics that would last for nine years.

"We started this project in 2012 and we are now in the process of developing the prototype," he continued, hinting that the working model may be available some time in 2023.

Safety, Affordability, and Feasibility: Is The Diamond Battery Doable?

NDB's official page explained that while the diamond battery uses radioactive graphite, it utilizes a highly sophisticated safety feature covering at least three of the most important aspects of safety.

Firstly, the polycrystalline diamond encapsulation, being the hardest material available, has the ability to contain the radiation the isotope emits while protecting it from outside tampering.

The diamond battery will also have built-in thermal vents to help in regulating the thermal conduction within the system.

NDB will also use a Boron-doped single crystalline diamond (SCD) to maximize the use of neutron radiations by converting the extra neutron emitted into alpha ray.

The company also explained that the SCD placed within the battery is strategically placed so that it prevents itself from self-absorption of heat while enabling rapid conversion to usable electricity.

With all that have said, one question remains: how much will it cost?

While exact figures were not yet revealed, the use of synthetic diamonds and nuclear waste pretty much says it all.

Related Article: Lead-Acid vs Lithium-Ion Batteries: Which is More Harmful to the Environment

ⓒ 2021 TECHTIMES.com All rights reserved. Do not reproduce without permission.
Tags: Nuclear Battery Diamond
Most Popular