Mando Crypto Scam: 17-Year-old TikTok Influencer Issues Apology After Fooling Everyone, Including Himself

A lot of new cryptocurrencies are appearing at the moment, including Elongate and Hoge, which cast some doubts for the investors who regularly venture into other currencies.

Recently, another cryptocurrency called Mando made rounds on social media after a 17-year-old teen from TikTok promoted it to his viewers. However, the Star Wars-themed crypto turned out to be a scam, and the influencer had no idea about that. 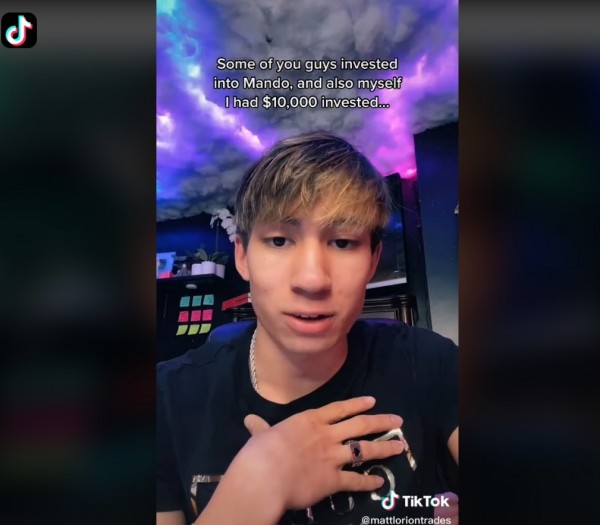 A famous TikTok influencer, Matt Lorion, is known for his content about trading and finance. In a TikTok video that he posted on Wednesday, Mar. 31, Lorion was seen apologizing about the scam, which he thought was legit at first.

The scam features a pump-and-dump scheme, where the stock's prices are based on exaggerated statements. Lorion admitted that he fell for the crypto scam too, just a week before he created a video about the potential of Mando in the trade market.

Lorion added that he had already invested $10,000 into Mando, as some of his viewers did. However, their investments are now gone. 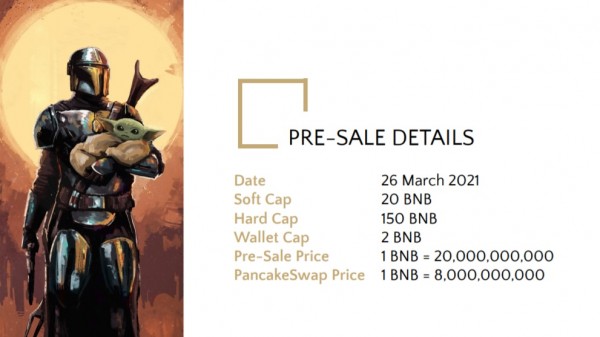 If you are curious about what's inside the website of Mando, you can still look it up through this website.

It was on Mar. 25, when the crypto site was created, wherein it features a lot of stolen images of "The Mandalorian" and other "Disney" shows.

However, you cannot see the site's original appearance anymore since the only thing that you can see there is the domain named mandotoken.com. Before that, a previously-deleted website called PancakeSwap indicates the instructions on how to buy Mando, so users can easily follow.

A popular thread about finance in 4Channel was also removed following the users' speculation that the cryptocurrency was only a scam.

Mando was getting attention from people since a YouTuber named Alfa released a video about its promotion on Mar. 27. The meme coin has since garnered interest from investors through its "pre-sale."

It was indeed tough to distinguish Mando from the eligible cryptocurrency since someone still managed to make $Mando Whitepaper, which showed a lot of too-good-to-be-true claims about its eligibility and its roadmap.

Lorion To do Background Checks Before Promoting Crypto Next Time

According to Gizmodo, Lorion said in the video that he will guarantee that this scam will never happen again by running background checks and consulting first to the direct developer of the cryptocurrency.

"We're going to do background checks and we're going to make sure that everything we're promoting is 100% legit and in it for the long term. And I just want to clarify, from here on out, whenever I promote a cryptocurrency, this is just me showing light to the crypto," Lorion said.

The trade and stocks content creator also reminded his viewers to conduct their research before investing long-term in a cryptocurrency that they have not yet studied.

At the moment, Lorion has released his latest video about Elongate, another new cryptocurrency in the stock market. At this part, the people called it out as a scam as well, but Lorion said that it was not a pump-and-dump scam like Mando.

For those who do not know what Elongate is, it is a currency popularized by Elon Musk.

Elongate is the name given by the billionaire when he was asked about the name of a scandal that he would like to get involved in.

Related Article: TikTok Egg Cracking Challenge: Viral Video of Woman Who Destroys Egg Like a Boss--Science Explains Why it is Hard