Tim Cook has unveiled a massive piece of information about the Apple Car electric vehicle in the recently concluded Sway podcast with Kara Swisher, and this is the first time that it was mentioned officially by the CEO. Here, the CEO also mentioned that he is looking forward to Parler returning to the App Store after the recent ban that kicked it off. 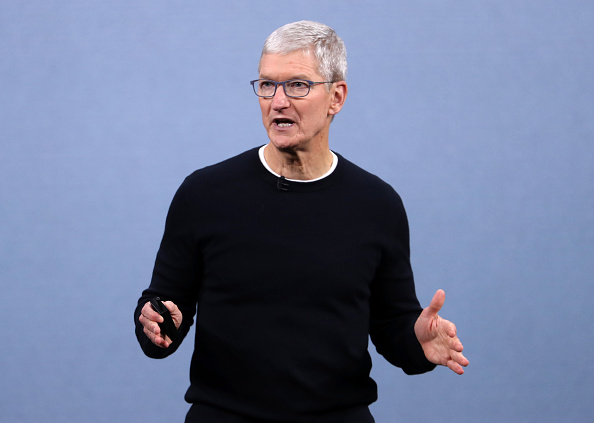 In the past, the Apple Car was only from known insiders, speculators, and leakers of the most valuable company in the world, with the likes of Ming-Chi Kuo, Mark Gurman, Jon Prosser, and others. However, in the recent New York Times podcast called "Sway," Cook has mentioned something about the EV that was never been revealed by the company.

This, coming from the CEO, is a massive thing, and the confirmation that there would indeed be an Apple Car is a development from Apple, after the EV has been rumored for a 2021 release, then slated for 2024 or later. The Apple Car is a highly-anticipated vehicle from Apple, especially as the company is known for its massive fanbase and following for its innovations.

The "Project Titan," a.k.a. the Apple Car, was initially speculated to be a self-driving electric vehicle from the Cupertino giant, focusing on a driverless technology, which is like the Tesla FSD. However, the world is yet to see this, especially as Apple is still looking for a partner manufacturer for the vehicle after Hyundai and Kia rejected any ties with the company.

On the other hand, the recent "Sway" podcast has confirmed one of the long-rumored electric vehicles from Tim Cook. The CEO said it would be "autonomous like a robot." This means that the vehicle would be marketed as a fully driverless EV, which is a fairly new one in the present industry as no laws are passed for this kind of setup. 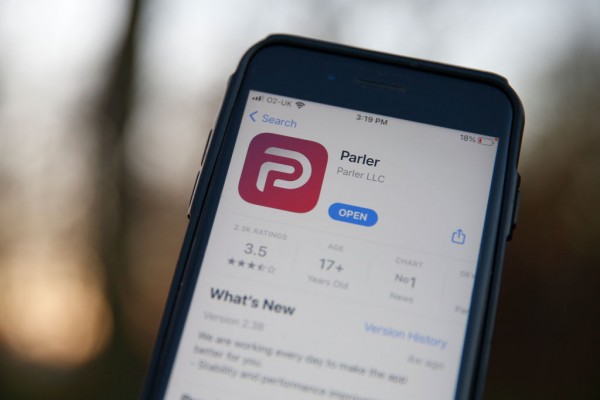 (Photo : Hollie Adams / Getty)
People have been searching for "Parlor" instead of "Parler."

On the other hand, Cook also mentioned another massive topic in the Sway podcast, and that is his hope for the return of the notorious "free internet" social networking platform, Parler. Initially, Parler was kicked off the App Store after the Capitol Riot incident that was orchestrated and planned via the social media application.

According to Fox Business, the Apple CEO said that "having more social networks out there is better than having less," suggesting the return of Parler to the iOS platform after more than 2 months. However, Cook mentioned that social media should have the proper "moderation" as it returns, or it might not be accepted back to the App Store again.

Related Article: Hyundai, Kia Denies Discussion with Apple for EV Manufacturing-Apple Car to Be Produced by Other Carmakers!