"League of Legends" Patch 11.8 will bring new metas that could annoy and excite the players at the same time. Aside from these, the new Gwen character and upcoming skins will arrive. 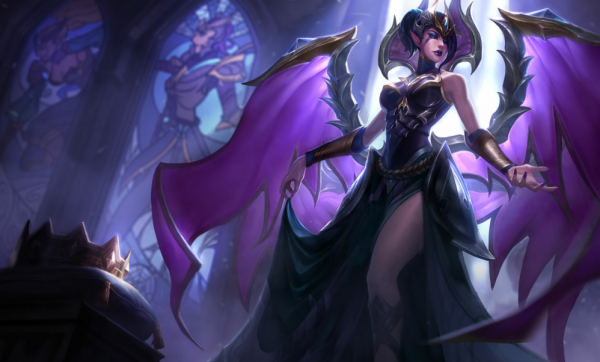 (Photo : Screenshot from Twitter post of @lol_insider)
'League of Legends Patch 11.8 Will Make Some Champions as Junglers: Zed, Darius, and More!

Morgana is one of five #LeagueOfLegends champions being pushed into the jungle on the 11.8 PBE cycle.

The Fallen, along with Darius, Diana, Mordekaiser, and Zed are all getting big buffs to their bonus damage to monsters. pic.twitter.com/tlOIDKimMf

According to Dexerto's latest report, Mark Yetter, the developer of "League of Legends," confirmed that there will be major updates once the popular strategy title's new patch arrives.

The new skins that will enter the Summoner's Rift are specifically Blackfrost and Dragonslayer cosmetics.

"Another round of opening up new champs to the jungle pool," said the game developer via PC Games' latest report.

On the other hand, Yetter added that there will also be some champs that will receive a shift since they have already fallen out of their player base's favorite positions. However, the game developer hasn't revealed any specific information.

Riot will likely start the installation of the major updates at exactly 10:00 a.m. EDT on the Oceanic servers. After that, the game publisher will continue to roll out the new patch notes across the globe.

Here are the specific release dates: 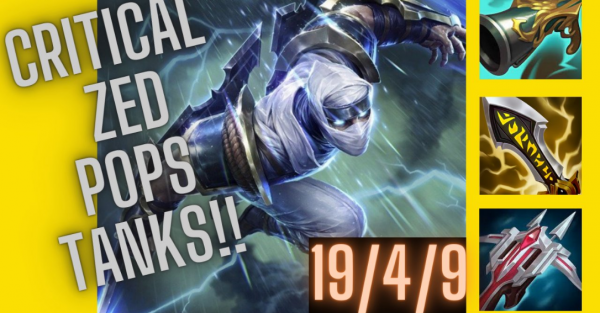 (Photo : Screenshot from Twitter post of @PlayRye)
'League of Legends Patch 11.8 Will Make Some Champions as Junglers: Zed, Darius, and More!

On the other hand, the players will, once again, experience downtime after a few hours of the patch notes' release. This means that all the normal matches and competitive queues would be disabled across the servers of "League of Legends" for about three to four hours.

Once the game's Patch 11.8 arrives, Rammus, one of the most popular jungling-tanks in the game, will receive another rework. Players first encounter Rammus' major change on "League of Legends: Wild Rift," the game's mobile version, which is now available in the United States.

"League of Legends" is one of the games that push players to use their imaginations and calculating skills when it comes to team fights. And now, Yetter confirmed that Riot will be making some weird metas that will disappoint and hype players.

His latest Twitter post stated that there will be some nerfs and buffs for various champions. Aside from these, there will also be some champions that will be considered as junglers.

Here are the lists you should know:

Some players may find these new champs weird for jungling since they are considered OP in mid-lane and bot-lane. However, there are already some streamers that show how fans can use these champs on various roles in the Summoner's Rift. These new roles will still depend on the players' skills and items they'll use when jungling.

For more news updates about "League of Legends" and its upcoming exciting updates always keep your tabs open here at TechTimes.

Related Article: 'League of Legends' PBE: Darius Shows 500 Percent Increase That Can Solo Dragon at Level One Without Smite