Apple was forced to delay the production of some iPad and Macbook models due to the global chip shortage, Nikkei reported on Thursday, Apr. 8.

The impact on Apple's massive supply chain system suggests that the global chip shortage is becoming more serious and could heavily impact smaller players in the tech industry. 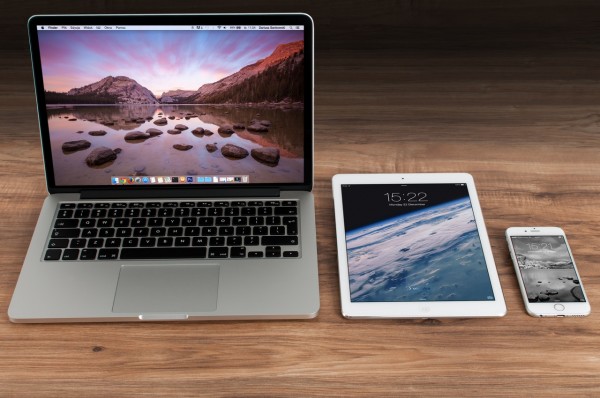 According to a Macrumors' report on Thursday, Apr. 8, the delay in MacBook production was caused by shortages of a component mounted on printed circuit boards before final assembly.

Meanwhile, iPad assembly was delayed due to the shortage of displays and display components.

Moreover, the production plans for iPhone models were not affected by the crisis for now, but sources who spoke with Nikkei said that the supply of some iPhone components is "quite tight."

The procurement nightmare had forced Apple to postpone component orders for the two devices and push back production to the second half of 2021.

Apple has not officially commented on the report, but Macrumors speculate that the postponed production may affect Apple's anticipated product announcement for the new iPad Pro models and redesigned MacBooks.

The Cupertino-based tech giant is known for effectively managing one of the world's most complicated supply chains that helped them withstand the global component shortage, unlike its competitors.

Even Apple's rival, Samsung Electronics, admitted that the chip shortage is becoming problematic to the company.

Global Chip Shortage: The Domino Effect Caused by a $1 Component

On Apr. 6, Bloomberg explained that the global semiconductor crisis would be best understood by following the one-dollar part called a display driver.

The display driver is a component that conveys basic instructions for illuminating the screen, such as that of a phone, monitor, or navigation system.

(Photo : Justin Sullivan/Getty Images)
Semiconductors are seen on a circuit board that powers a Samsung video camera at the Samsung MOBILE-ization media and analyst event on March 23, 2011 in San Jose, California.

As tech companies innovate and make technological advancements while companies beyond the tech industry follow suit, the supply is having a hard time keeping up.

"It's not like you can just make do. If you have everything else, but you don't have a display driver, then you can't build your product," said Stacy Rasgon, Managing Director and Senior Analyst for the U.S. Semiconductors and Semiconductor Capital Equipment at Bernstein Research.

Tech companies were also blindsided, as their projections about the impact of the COVID-19 pandemic were proven false after consumers continued buying.

"I slashed all my projections. I was using the financial crisis as the model," Rasgon said. "But demand was just really resilient."

People being stuck at home had forced them to get better computers and bigger displays in a bid to continue their work and/or studies remotely.

"We have not reached a position where we can see the light at the end of tunnel yet," Jordan Wu, co-founder and CEO of Himax said.

Related Article: Qualcomm Warns of Semiconductor Shortage: What Will This Mean for Smartphone Companies?

ⓒ 2021 TECHTIMES.com All rights reserved. Do not reproduce without permission.
Tags: Apple MacBook iPad
Most Popular