Elon Musk makes a bold statement as he posts a series of tweets about Neuralink and its goal to link technology to the human brain.

The statement comes after Neuralink posted a video of a monkey playing "Pong" with its mind through the aid of an implant.

Elon Musk's Claims About the Future of Neuralink

The statement made by the Tesla and SpaceX CEO, which Slash Gear reported on Thursday, Apr. 8, claims that the implant Neuralink will initially launch could make a paralyzed person use a smartphone with their mind.

Musk added that the brain-computer interface chip would be implanted flush with the skull and the user would look and feel normal with it.

The implant will be charged wirelessly, and Musk said that the Neuralink device would come with a wireless charging baseball cap.

Lastly, Musk explains that later versions of the implant could ultimately make paraplegics walk again, using one Neuralink to push signal from the brain and pass it along to another Neuralink hooked up in the body.

On Thursday, Apr. 8, Neuralink posted a video showing the now-famous experiment that made the monkey "telepathically" play "Pong" while drinking a banana smoothie.

He was also trained to use a joystick to move a cursor and play "Pong" in exchange for a banana smoothie delivered through a straw.

The implants allowed the researchers to record Pager's neuron activity as he played the video game, and the data gathered was fed into a "decoder algorithm" to predict his intended hand movements in real time. 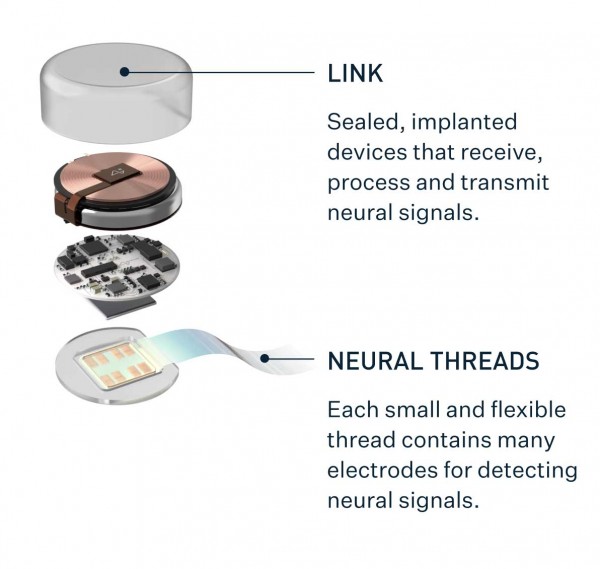 Initially, the display shows a dot and blocks and Pager was trained to use the joystick to move the dot where the block appears while the team record his neural activity.

After calibrations, the researchers had Pager play the video game, then unplugging the joystick showing that the monkey had been controlling the block by simply thinking where it should go.

While the success of the experiment is truly remarkable, Neuralink's research has a long way to fulfill its ultimate goal.

The company explained in their blog, which was posted on the same date as the video, that the strategy they used for Pager cannot be used for people with paralysis.

Neuralink continued that they need to further calibrate the decoder using the data gathered from an earlier research.

"Prior research has shown that neurons in the motor cortex remain directionally tuned to movement intention even in people with paralysis," the blog reads. "It is possible to calibrate a decoder as the person simply imagines moving a mouse on a mousepad or a finger on a trackpad to guide a cursor that automatically moves to presented targets."