Overwatch's 'Fearless' Speaks Out About Asian Racism in America—Who Is the Twitch Streamer from Dallas Fuel?

Eui-Sook Lee, also known as "Fearless," spoke out about his experience with Asian racism in the United States despite being an honorary member of the Dallas Fuels for "Overwatch." Several reports of Asians getting physically and verbally harassed in the country have been apparent over the past months, and it has been a massive problem that concerned several members of the eSports community. 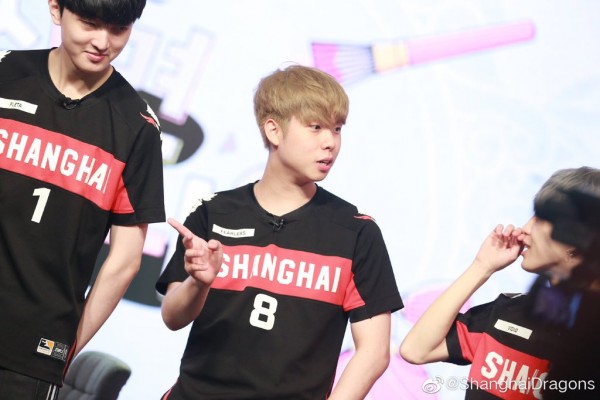 The country has enlisted and recruited Asians for their eSports teams, and most of them are from Korea, competing in the national and global arena for games like "Overwatch," "League of Legends," "Valorant," and more. Despite being guests to play for the country, they have not been safe against Asian racism that has been a threat to their existence.

The issue has been apparent for the past years now, but during early February, there has been a surge of reports that narrate the gruesome attacks, both verbal and physical, against Asians which caused no provocations. The alarming case has caused several Asian-American, and other members of the U.S. community to speak out against the act.

'Fearless' Speaks Out Against Asian Racism in the US

In the recent Twitch stream by "Fearless" last April 5, the professional eSports gamer from Dallas Fuel has spoken up about his experience in the country, particularly the negative ones that resulted in his Asian roots. Here, he spoke about the horrors he faced, and the abuse he suffered for just going out in public, mainly because of his nationality.

While most of his stream was about the game, a clipped version of it was captured and posted on his Twitter page, where he spoke about the issue and asked for it to stop for the entire Asian community in the country. "Fearless" also regarded for it to stop anywhere in the world, and not just in the U.S. as the alarming case of this issue grows.

but here's the full translation of that Fearless clip.

please see some of what OWL players and staff are facing as Asians in America. pic.twitter.com/LZWvnRkuAx

The clip was in the Korean language but was translated by Florida Mayhem's manager, Jade "swingchip" Kim, who also supports the Anti-Asian racism move by the pro eSports player who resides in the country. The clip has invited the community of the "Overwatch League" (OWL) to spread the word against Asian hate with the #StopAsianHate movement.

Who is 'Fearless' from 'Overwatch'?

"Fearless" or Eui-Sook Lee is a South Korean player for the Dallas Fuel ESports team, serving as the main tank and support for the team in their professional matches in the hit first-person shooter, "Overwatch." The team is the official ESports group for Team Envy that has been operating in Dallas, Texas as their base and main headquarters.

It is also in Dallas, where "Fearless" Lee has experienced the slur of Asian hate crimes, saying that he felt unsafe while walking around in public due to his roots and descents from the Eastern part of the world. Lee hopes for the racism and hate to stop, highlighting the massive community of Asian ESports gamers in the country, along with other members of the Asian community.