Did Sony Deny Hideo Kojima? 'Death Stranding's' Sales Performance Could be The Reason

Since the rise of the hit video game franchise, "Metal Gear," Hideo Kojima remains one of the best video game directors and designers in the world. The popular game has already recorded over 60 million copies globally.

However, the most recent issue about the Japanese video game producer involves the possibility of Microsoft releasing his next game. This could also mean that Sony has completely rejected his project before engaging for the Xbox proposal. 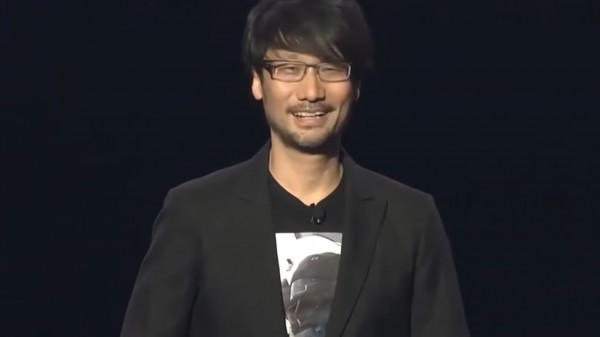 According to a report by Game Rant, the allegation arose when Jeff Grubb, a journalist from VentureBeat, and Phil Spencer, the executive vice president of gaming of Microsoft have made several comments about Kojima.

While there's a lead that Kojima's game could potentially arrive on Xbox consoles, it appears that the speculation suggested that Microsoft was not the first option of Kojima. The negotiation could have sparked another controversy when Sony, a Japanese video game developer has entered the issue.

For Nick Baker, who has spoken in the XboxEra podcast, there is a different statement that needs further assessment. Under the Twitter name @Shpeshal_Ed, Baker unveiled that the next game of the 57-year-old designer will not be launched in PS5. It was in June 2020 when the revelation came out.

Baker further explained that he believed Kojima to pursue Sony first before landing at Microsoft. Specifically, Baker pointed out that Jim Ryan, the CEO of Sony Interactive Entertainment was the one who could have denied the proposal. However, it was also important to remember that Ryan could not be also the one who held responsibility for the verdict imposed on Kojima.

Since this is only pure speculation, we could not simplify how the talk has ended up and the actual event that has happened. It was not confirmed by a company official from both sides whether this is true or not.

Read Also: Feeling Bored At Home During Pandemic? Here's How to Set Up a Remote Board Game Night With Friends

Other Rumors and Possible Reason of Sony's Alleged Denial of Kojima

There are also rumors reporting that Kojima's next project collided with Google Stadia. Video Games Chronicle stated that the Stadia team has canceled Kojima's upcoming title, but according to GamesRadar, the Menlo Park-based company said that what VGC wrote was "inaccurate and reported hearsay" only.

On the other hand, we never know the real reason why Sony could deny Kojima's upcoming title. At the moment, we are still waiting for the official statement coming from the involved companies and persons.

However, many have speculated that "Death Stranding" performance could be the big reason for the issue. When Kojima's game has been introduced to PC users, it gained mass popularity like his previously released video games.

But, when "Death Stranding" was released on PS4 in 2018, it suddenly faltered and failed to meet the expected output that it received on the PC. It has managed to stay atop of game chart rankings, particularly after debuting at seventh place in the NPD Group's List in November.

After its successful debut, the following month saw an unusual downward trend of the game. It was also removed in the top 20 best-selling games which ignited rumors that Sony expressed disappointment and frustration with what happened to "Death Stranding" sales.