Niantic has been exploring the possibility of incorporating augmented reality into its games. Through "Pokemon Go," players can now enjoy traveling across the distant and open-world map, which presents an advanced system of AR.

The success of the company started in the "Pokemon GO" game until it created "Harry Potter: Wizards Unite," which caught a lot of attention as well.

Now, CEO John Hanke tweeted a possible look of their AR glasses that could possibly be unveiled in the future. This opens a lot of conclusions that the company is now headed to take gaming to a whole new level.

In a report by Nintendo Life, Hanke tweeted last week that the company is now working with its AR glasses. Since 2017, Niantic has been discussing the capability of augmented reality technology to improve the gaming experience of its users.

The photo on Twitter only showed a glimpse of its design, but based on its parts, the AR headset could include lenses and a special speaker on the frames' side.

Exciting to see the progress we’re making to enable new kinds of devices that leverage our platform... pic.twitter.com/yYglk4q89G

"Exciting to see the progress we're making to enable new kinds of devices that leverage our platform..." Hanke said in his tweet.

Hanke's tweet opens a lot of possibilities that Niantic could adopt. It could be similar to the Hololens produced by Microsoft, or the Google Glass. Another sensational word that Hanked mentioned is the word "devices," which indicates that many devices could be released upon the announcement.

Nice! We've just started shipping our @Razer Anzu smart glasses - would be fun to do a collab!

The viral tweet also attracted the attention of Razer's CEO Min-Liang Tan, who seems to be fine in collaborating with Niantic. Hanke has not yet replied to Tan's comment, but it would be big news for the gaming community if the company accepts to partner with the hardware giant.

Last year, Hanke participated in the Microsoft Ignite conference, where he presented the potential outcome when HoloLens AR would be incorporated with "Pokemon Go."

'Codename: Urban Legends' is a Start for AR and 5G Gaming 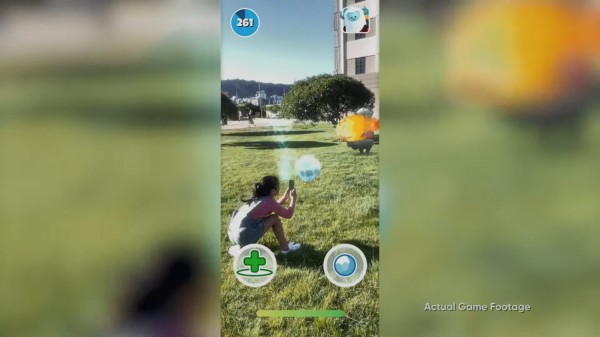 The Verge reported that Niantic revealed that the multiplayer demo of "Codename: Urban Legends" serves as the future of the 5G/AR experience.

If you love using magic skills to slay your opponents, you can now visualize how the game looks like. With that, the company's previous "Harry Potter" game might be the one that you are thinking right now.

However, what made it unique is it allows the players to engage with AR monsters on their smartphones. The company thanked 5G for its contribution to its game development.

To better understand the difference between the AR world from the normal world, here is a short explanation. For an instance, "Pokemon Go" players could view all Pokemon on the map, but in augmented reality, players could interact with these monsters in their world.

Basically, even if a Pikachu appears in you and your friends' device at the same time, you'll only be able to catch the one that appears in yours. But things could change if Niantic's projects come to life soon, allowing multiplayer AR experiences.

At the moment, "Codename: Urban Legends" is not yet available for public testing. But in the future, we could see this as an expansion of "Pokemon Go's" AR capability.