NASA's Expedition 64 crewmembers are coming home on Saturday, April 17, and the event will be livestreamed for space fans alike.

The livestream event will feature the crewmembers' undocking from the space station until their landing in Kazakhstan the following day.

NASA Expedition 64's Journey Back Home: How to Watch the Momentous Event

NASA Expedition 64 is bound to come back to earth after spending 185 days, experiencing 2,960 orbits around Earth, and travelling a total of 78.4 million miles aboard the International Space Station (ISS) since October 14, 2020.

According to Digital Times report on Tuesday, Apr. 13, the Expedition 64 crew is composed of NASA astronaut Kate Rubins, as well as Russian cosmonauts Sergey Ryzhikov and Sergey Kud-Sverchkov.

The live coverage of the astronauts' journey back to Earth will be aired on the NASA Live, NASA app, and on NASA's official YouTube channel on Friday, Apr. 16, at 5:45 p.m ET.

It will start from the Expedition 64's farewells aboard the ISS, and then followed by Rubins, Kud-Sverchkov, and Ryzhikov's climb aboard the Soyuz MS-17 spacecraft and preparation for their journey back home.

The Soyuz MS-17 spacecraft is scheduled to undock the ISS at 9:34 p.m. ET, and the expected deorbit burn will be covered beginning at 11:30 p.m ET on Friday night, Friday, Apr. 16.

The parachute-assisted drop is expected to land on the steppe of Kazakhstan, southeast of the town of Dzhezkazgan, which is located 300 miles from Nur-Sultan at around 12:56 a.m. ET on Saturday, Apr. 17.

The crew will go on their separate ways once the Soyuz MS-17 has landed, with Rubins returning to her home in Houston while the cosmonauts head to their training base in Star City, Russia.

The Expedition 64's undocking to the ISS marks the formal beginning of Expedition 65's mission aboard the station. 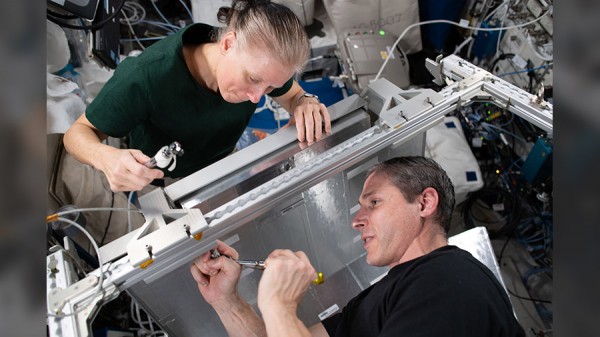 The NASA Expedition 64 crewmembers are leaving the ISS with their successes around their belt.

First on the list is Rubins' participation in the 2020 Presidential Election as she cast her vote while aboard the ISS, marking the first time an astronaut exercised the right to choose a leader.

"Space station crew members have conducted 235 spacewalks in support of assembly and maintenance of the orbiting laboratory," NASA said in a blog posted on Feb. 28. "Spacewalkers have now spent a total of 61 days, 14 hours, and 11 minutes working outside the station."

Lastly, the Expedition 64 crew have been crucial in the ongoing Veg-3 space agriculture study, after the team successfully harvested 20 space-grown radishes from the station's Advanced Plant Habitat (APH), to bring back to Earth for further study.

ⓒ 2021 TECHTIMES.com All rights reserved. Do not reproduce without permission.
Tags: NASA ISS expedition 64
Most Popular