Apple Mac Mini 512GB goes on sale again after Amazon went back to sell the product for a record-low price of $800 after coupons applied.

The latest discount applied to the M1-powered compact desktop makes it only $100 above the 256GB model.

The Mac Mini is back to $800-the best price offered for a 512GB compact desktop with Apple's powerful M1 chipset.

According to Engadget's report on Apr. 18, this will be the second time the Mac Mini goes on sale on Amazon, after being offered with an $800 price tag in March 2021.

Apart from the M1 chipset and 512GB SSD storage, the Mac Mini on sale would come with an 8GB of RAM, an 8-core GPU, a 16-core Neural Engine, and the latest WiFi 6 technology.

Meanwhile, the 256GB model of the Mac Mini with the same processor and RAM is offered at Amazon for $663.92.

8The price drop comes as good news for users looking to get a PC with ample storage and capable of performing everyday tasks.

The Mac Mini is a decent compact desktop, and the addition of an M1 chip makes it a powerhouse at an affordable price.

However, the mere mention of the M1 chip had set users' expectations too high that they found the compact desktop lacking. 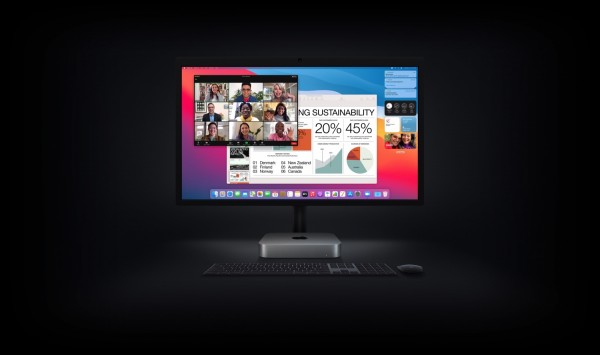 According to LaptopMag's review in January 2021, the Mac Mini works well with anyone who is looking to upgrade their home office.

The modest compact desktop only has two Thunderbolt 3 USB-C slots, making it two less than the Intel version's four. The Mac Mini also comes with two USB-A ports, an HDMI input, and a 3.5mm headphone jack at the front.

Many users praised the Mac Mini's performance, with some highlighting how silent it is while being used.

However, some users complained about issues with Bluetooth connectivity after trying to connect a wireless mouse and failed.

Moreover, the Mac Mini was also reported to not have the best built-in speakers, forcing others to use plugin a decent speaker. Others expressed their dismay over the compact desktop's "horrible" fonts in its terminals while using a ViewSonic VX2476 24-inch full HD IPS monitor.

Being a compact desktop, the Mac Mini does not have upgradeable storage or RAM, which makes it limited to what the store offers.

What it lacked in some of its notable features is redeemed by its 8-core M1 processor, which made the compact desktop fast and efficient.

The M1 processor makes the Mac Mini take a giant leap in its performance, as it was proven to be able to handle dozens of open tabs and edit videos in 4K.

The M1-powered Mac Mini also did well in gaming, after it managed to produce a respectable 40fps frame rate at high settings.

ⓒ 2021 TECHTIMES.com All rights reserved. Do not reproduce without permission.
Tags: Apple Mac mini
Most Popular